*Checks calendar* No game till Thursday? BUT I WANT HOCKEY NOW!

In the meantime, some good news from the Baby Bruins. Kenny Agostino was named the CCM/AHL Player of the Week. He’s been off to a great start, notching points in all three games so far. Keep it up, kid!

Now back to waiting for more hockey:

Backes skating at Bruins practice today. Patrice is there too in a red no-contact jersey.

They say Bergy could play Thursday. Would be huge.

It’s been a busy week-and-a It’s, even though I’ve not been at work.

Went up to Worcester to see a gig with my Dad, drove in a kart race, went to a nature reserve and saw a kingfisher and kinda learnt to play harmonica.

Of hockey, I saw only the Arizona game in full. Thought the guys were terrible in the first period, thankfully much better after that but, hey, it was Arizona.

Really like what I’ve seen of Debrusk. Kuraly not so much. Dobby’s had a great start. Bjork will look better when Bergy comes back.

This season is starting sllllllowlyyyyyy. Is that cos last year was a condensed schedule or are the Bs gonna have a crazy busy period to make up for this?

I want to learn harmonica!!!!!
Also, I don’t mind the scanty schedule while Bergy is out.

Words of wisdom right there.

That’s very true – and not just him with our ever-increasing injury list!

The harmonica is a great fun little instrument, and you can get a decent one for $30.

morning….im all out of wack….the hotel fire alarm went off at 4:30 long enough to find pants….put them on…find my wallet and keys and open the door to go outside before it all turned off. Then came 5:30 and my alarm went off to remind me that …hey you have to get up for work! Not thinking…i grabbed my morning coffee and went outside to drive to work and its 30 degrees with frost……yayyyyyyy

Ooph. I feel that.

Our alarm chirped for about 5 seconds 3AM on Sunday which is just long enough to jolt you awake, kick in the adrenaline, cause you to do a whole house search to make sure it’s not on fire, and then never sleep again.

Fire alarm went off at my hotel the night before the Winter Classic. My first thought was, “Find the tickets so they don’t burn.”

In retrospect, losing the tickets probably wouldn’t have been a bad thing.

You mean “the hockey party we had on the side of the road”, right? That’s what we call it.

Yes, it was the thing that turned out to be very much not hockey.

And I started watching Mind Hunters on Netflix last night. Not sure how I feel about it yet.

Seen the first episode, thought it was quite interesting

For the most part I do like it, the lead actor is throwing me off a bit and I can’t quite buy into him yet.

I hear ya, though I think we’re supposed to feel like that. The other cops and even his girlfriend don’t seem too sure about him yet!

-This Bruins schedule is brutal. Not because of the teams, just how infrequently they seem to be playing – especially since I missed both weekend games.
-That said, their play is also brutal.
-I am tired. My wife worked overnight so I got to do the two middle of the night feeds myself. Yay.
-She’s also working overnight tonight. And tomorrow. And Friday. I’m going to need a bigger coffee mug.
-It was cold last night, but I’m still refusing to turn the heat on. Who cares if I can’t feel my toes? Gotta build character somehow.
-I should probably look at my fantasy team tonight. I can’t do it at lunch anymore (stupid work firewall) and I keep forgetting when I’m home.

Happy Tuesday! Stay warm out there.

I caved and turned on the heat this morning. But I left my gloves at home. My hands hate me.

This Bruins schedule is brutal. Not because of the teams, just how infrequently they seem to be playing

I always have this problem with the start of hockey season because I’m coming off baseball season where they play all the time. This season seems worse, though.

And playoff baseball has sucked. I’m rooting for the Astros by default since the Yankees, Dodgers, and Joe Maddon can bugger right off.

I’ve lost interest in the playoffs because, yeah, who is left to root for. Go Astros?

My body quickly adjusted to the massively reduced sleeping hours – hope you have the same experience!

Dude!
Thursday is forever from now! The f-ing Bruins need to win.
Doubleheader tonight! Plus – payday at the rink!!!! Back up the armored car!!!!
Busy, busy, busy! All the side jobs I tried not to do wound up on my slate anyway. Better too busy, eh?
How do you IR a playah? Keeper is killing me.
Less coffee!!!

Sounds like you’ve got a lot of energy.
Here comes that armored car now! 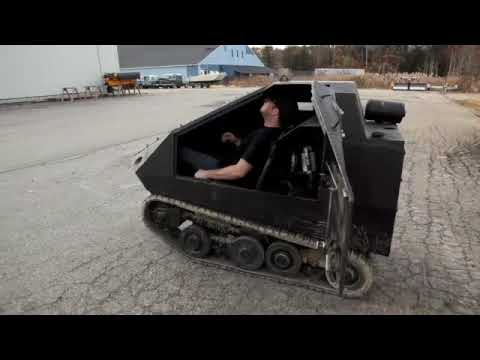