Morning Free Association: The Start of Another Week

The ending to that last game against the Kings was less than desirable. After playing two period and much of an overtime period under an one-all tie, Torey Krug iced the puck. The officials had a confab and decided that while LA took their timeout to buy Anze Kopitar time to breathe, they should put 0.5 seconds back on the clock. The Bruins had three players on the ice at the time of the icing, none of which was a center, so David Pastrnak had to prevent Kopitar from winning a face-off cleanly in the Bruins defensive zone. This didn’t happen and the Kings scored the winning goal in under a second.

Kings had .9 seconds to score, and they did just that. Brutal way to lose. pic.twitter.com/3BNJTSSUaf

Also: Bruins should've taken faceoff violation penalty on purpose to get Bergeron out there for draw after icing.

Ty Anderson has more to say about this and the game here.

My take: they were lucky to walk away with a point after a game with the Kings. I expected an outright loss.

Now, it’s time to move on to Columbus. No seriously, the team is there now awaiting their game tonight against the Blue Jackets. We found out two pieces of news: Tuukka Rask will be in net tonight and Zane McIntyre will be backing him up.

Bruins recall Zane McIntyre from @AHLBruins on emergency basis; will serve as backup at CBJ on 10/30: https://t.co/e4BJeKu3NT

Go all Mr Pink on those movers

All I know about movers is that the ones we hired were worth every friggin penny.

Pizza and beer may be cheaper – but that wasn’t getting our bedroom furniture down the stairs of our old apartment.

I know, that’s probably tequila. Whatever.

I feel like that gif is us when we’re old! 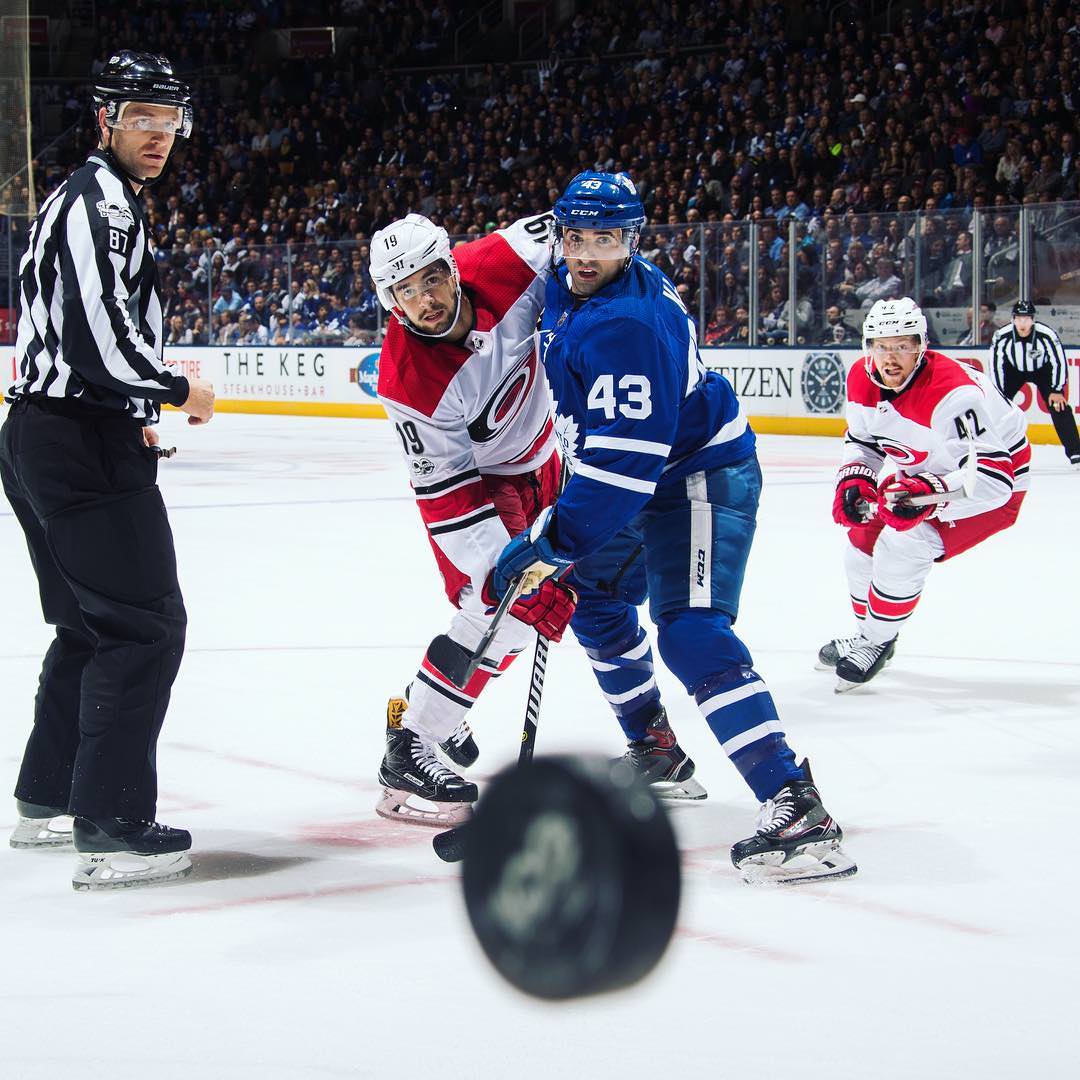 Caption:
“Oh no, it’s gonna hit that guy in the face!”

I actually feel positive about that Kings game.

Against the Sharks it was “well, we got the win but were treading water against a not-very-good team”. But the Bs earned their point against a red-hot Kings side who tried to intimidate the kids with heavy play AND the refs thinking they played for LA just cos they were wearing black and white!

Unfortunately there’s no guarantee the Bs will turn up in the same format against lesser opposition but at least they showed what they can do.

BTW, hope you’ve all got power and if not, that it comes back soon …

I was really pissed when they lost, but hey, loser point against a team we probably should have lost against anyway. That overtime was really fun.

I have power, my niece and nephews don’t have school in Billerica because there are still outages there. I love crazy rain and howling winds every now and again.

Morning all. Uh yeah, that’s all I got.

With you all the way

-I’d be less upset if the Kings won at any other point in OT or the shootout. That was just brutal.
-Jack jinxed it. So much for his “0% chance” of that happening.
-I lost power at some point. Was back on by 3AM. Apparently my clock’s backup battery was dead, so good thing the baby woke me up, because I had no alarm at that point.
-Sunrise was beautiful where there was a break in the clouds.
-Between the baby, the storm, and a fucking piece of shit defective smoke alarm, I am tired today.
-Here’s to a better result against CBJ.

I lost power last night at some point as well. A couple of the surrounding towns are still without power and schools are closed. Wish my office didn’t have power because I really don’t want to be here.

My office lost power, so we’re feeling residual effects regarding email, but it’s back on, so that’s it.

Such a Monday Monday, isn’t it?

It really is. At least I had power and a hot shower when I woke up.

Just ignore that our outdoor chairs are strewn about the lawn and one of our shutters is barely hanging on.

Everyone here has been talking about the storm last night and how crazy it was. I slept right through it.

I probably would have, too. I only woke up for it because the baby was hungry.

We have a window sill that leaks every year. It was fine all year until last night, when there was absurd amounts of rainwater that had leaked in.
But the wind wasn’t too bad – enough to drive the rainwater into the sill, but not enough to blow my unsecured tarp around the neighborhood.

You should leave a sandwich in his crib.

This is a good idea, and what any competent parent would do.