Morning Free Association: To Skate and (Almost) Fight in LA

Krejci is back! Krug is injured and day-to-day! How is this going to work?

David Krejci returns after being out for nearly a month.
The Bruins look to get back on track after a disappointing result in Anaheim 24 hours ago.
10:30 on NESN. pic.twitter.com/yImIt92aoX

It was a typical affair, the constant back and forth between the two teams. Charlie McAvoy opened up the scoring at 16:06 in the period. Here is the video of the actual goal.

Oops, sorry (not sorry). That is footage of an adorable bear cub, not unlike our own young bears. Try this.

McAvoy’s 2nd goal of the season, first since the season opener pic.twitter.com/6DWXq1xqnR

Noel Acciari is known for good, clean, through-the-body hits, one of which he made on Andy Andreoff just under 3 minutes to go in the period. Andreoff had some words for Acciari, who was the epitome of calm. They dispersed.

Andreoff gets shoved so hard in front of the Bruins net he falls over and I’m just waiting for the fight he’s gonna pick. #LAKings pic.twitter.com/sNjuNzYPM7

Round two of this showdown happens with 1.9 seconds to go, Andreoff again took issue with Acciari after what looks like some incidental contact on Jonathan Quick, after which Quick fell backwards onto the ice. It’s hard to see if he did make contact but his body language after Quick fell seems to indicate he did.

The Kings had some words for Acciari after this play. Looked pretty incidental. pic.twitter.com/E6xXrGBQMf

At the 1.9 second mark, while Acciari and Andreoff were becoming besties, Charlie McAvoy was in pain after a hit.

Charlie McAvoy down the tunnel. Oh what fun it is to ride on a broken roller coaster to hell.

He came back for the second.

The Bruins ended the first on a penalty (Brandon Carlo, Interference) and started the second with a brand new penalty kill (McAvoy, Hi-Sticking). They killed off both.

Christian Folin laid out Danton Heinen with a clean hit. Patrice Bergeron and David Pastrnak decide to take action and end up with roughing penalties after going after Folin. Anze Kopitar ends up locking up Bergy but ends up with no time in the penalty box because it’s illegal to penalize Slovenians or something. Folin gets 2, but the Bruins gets 4 and Drew Doughty scores on the Kings power play.

Then Perfect Patrice gets called for Hooking. He can hook me anytime, but they frown upon that on the ice.

After 4 PIM this game, I guess Patrice is out of the running for America’s Next Top Model.

While I wasn’t looking, the Bruins got on the power play and the refs found a way to put Kopitar in the box for Holding. And it was successful!

Zdeno Chara gets the #NHLBruins back on top, 2-1 pic.twitter.com/vRd8QSP5Rg

Correction: Chara’s goal came just a second after the power play expired. Even strength tally for the captain. #NHLBruins

But it was the go ahead goal.

Kings surged in the final 2 minutes of the period to no avail.

Ah, the tension is still in place. At 2 minutes into the period, Andreoff goes for Hi-Sticking Acciari while Carlo and Kurtis MacDermid go for matching Roughing penalties, leaving the Bruins on the power play.

Oooh, excitement! Frank Vatrano, who nearly had a goal earlier, poked the puck away from a Kings player and had a sort of breakaway which was blocked by Quick.

So much excite in the final minute. Riley Nash draws a penalty on Jussi Jokinen, the Kings go empty net and despite the puck being in their zone for much of the last minute, the Bruins pull out the win, 2-1.

Tl;dr- Anton Khudobin made great saves and had good control over his rebounds for a change, the team seemed to have a focus that they haven’t had in a while even when the Kings decided that they wanted to play rough. Krejci seemed to calm that power play down and was back to play. Good win.

So we just got a new dog from the shelter last week, and when we adopted her, the shelter said “she didn’t like our veterinarians, and you should muzzle her when you take her there.”
We’ve had her all week, and she has been great with people, and we know our usual vet is good with dogs, so we were wondering – is this really necessary?

Our dog before the vet examination:

Wow, that was a fun game, huh?

I wish they would eject him form the planet and into the sun. He’s fucking garbage.

You know you’ve slashed someone too hard when your own helmet comes off.

He seems to have confused himself with an old-timey lumberjack there.

Hey Pals!
Wait… the Bruins won? Nice.
I didn’t get off the ice until after midnight, then forgot aboot the game.
B rad on the IR? That’s what the fantasy league thingy says. Nooooo, please, God, nooooo!
Very excited for pie!!!!!!
I’ll be lining Cheshire Academy vs Wyoming Seminary at Trinity College first. Good test for the knee!!!!
Coffee!!!!!! 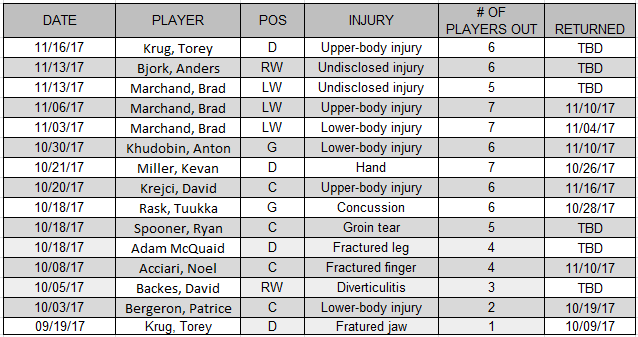 The Hockey Gods have not been kind to the B’s so far this year.

Morning all. Habs lost to Arizona and I can’t stop laughing.

But was there Infinite Sadness?

I enjoyed this report!

And this is reminding me that SatanDad had this mug and now I have it somewhere. I should look for this when I get home today. 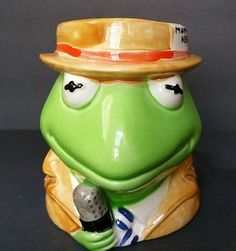 The Yotes’ first regulation win of the season and everyone is happy! Well, except the Habs, but who cares about them?!

That’s hockey. It’s not always going to be sunshine and rainbows. Oh Habs player, yes it is when you hate the Habs and they lose to the Coyotes, in regulation.

I enjoyed this recap. Thanks, VA.

Thanks. I was a little punchy when I wrote it as the game was happening.

Off today and barely awake. Saw most of the game but nodded off repeatedly. Skating at 1. Pulled some sort of neck/back muscle, which is very enjoyable. Happens when I get stressed. Blah. Working Sunday. Ain’t got no time for bullet points right now.