Tonight the Bruins take on the Habs for the second time this week, this time on home ice at TD Garden. This will be the first time that Claude Julien will be returning to his former home, where he coached for 10 seasons.

I've been told there will be a video tribute, yes. https://t.co/7uRlheAJEt

The Habs are having what can be charitably called a disappointing season. It should be no surprise that some Canadiens players are probably on the trading block. Greg Wyshynski of ESPN (I know, but I like Greg) has put together a handy little primer of what the asking price is for each potentially traded player.

In case there are actual trades, we’ve grouped the potential players on the move into five different tiers based on their perceived price tags — not only what assets they’re worth in the trade market, but also how difficult it could be to pry them away from their current teams.

Since Wysh is a national guy and generally hears about every team, he probably has some good sources or is reporting from other insiders. On his list, he has four Habs players: Max Pacioretty, Alex Galchenyuk, Andrew Shaw, and Tomas Plekanec. You can read the article for more giggles, but I will just quote about this players for you.

Tier 1: The price of you neighbors yacht

After four straight seasons of 30-plus goals, Pacioretty has 11 in 43 games. Sportsnet’s Nick Kypreos said Pacioretty was being “actively shopped” by the Canadiens, with the price tag being “draft picks and prospects” as well as “a top goal-scorer back” that’s younger than the Habs captain. This is the kind of franchise-reshaping move the Canadiens should consider, but perhaps it’s best left for their next general manager.

I like that last line, strongly suggesting that this is it for embattled Canadiens GM Marc Bergevin, and that this move could either come in season or just after. It isn’t typically for Bergevin to move a major player in season, but he could make an exception here.

Tier 2: The price of a new sports car

Galchenyuk’s future in Montreal has been in doubt since … oh, the second or third “he can’t play center, can he?” debate. But it’s going to take a high-end prospect and then some to pry him away from Montreal, as he’s one of the most valuable assets on the roster.

Correction, Greg, his future in Montreal has been in doubt since Claude Julien took over head coaching duties. Choosing to play not-center Jonathan Drouin over Galchenyuk has definitely put the Habs in a bad spot. Sure, Galchenyuk might not be a true NHL center but he’s more of one than Drouin, who is clearly a winger.

Tier 3: The price of a used, three-year-old sports car

Shaw has two Stanley Cup rings and all those intangibles (i.e., a willingness to do the dirty work) that contending teams crave. His contract’s also an intriguing one, given how the salary dips at the end.

Tier 4: A year’s worth of Uber trips

He’s on the record as wanting to finish his career with Montreal. We’re on the record as saying the Habs are insane if they don’t flip him at the deadline to a contender that’s coveting him as a shutdown center.

Yeah do it quick before teams have a chance to kick the tires! He’s in decline and he’s been that way for a couple of years. Yeah, he’s “hockey old” but someone will hope there’s some more magic in that carcass.

For the record, Bruins GM Don Sweeney has committed to keeping the teams top prospects and has told other teams that he’s unwilling to part with them. Elliotte Friedman has spoken about this on air and in his 31 Thoughts column.

26. There are rumours the Bruins have told teams they are not trading their best young players and prospects.

“It is true that we aren’t interested in moving young players who are impacting our lineup. We know what other teams want, and it’s a painful list to part with.”

Another item of note is that it seems that Don Sweeney intends to re-sign Zdeno Chara.

25. Bruins GM Don Sweeney told a great story about his own career in reference to Zdeno Chara partnering with Dougie Hamilton, Brandon Carlo and Charlie McAvoy when all were teenagers.

“My first year out of Harvard, they put me with Raymond Bourque,” Sweeney, who was 21 at the time, said last weekend. “Harry Sinden pulled me aside and said, ‘You can’t just give the puck to Ray all the time — you have to see what plays are available.’ It was the most comfortable thing for me and it was never a bad play to give it to Ray. But teams game-plan for that, and they were worried I was going to get him killed. He was such a great teammate and person because we’d get to the bench and he’d explain what else was out there and what I could do. Later, when they put me back with him as a shutdown pair, I was ready. Zdeno is the same way.”

Sweeney re-iterated the plan is to re-sign Chara and added that of the three teenagers, McAvoy is the most advanced at his age.

No word on what either party is looking at in term or money but having big Zee as a resource for the defensive bear cubs sounds like a great idea.

Hey everyone, be sure to catch all the riveting action that is the covered bridge across the street from me!
https://www.youtube.com/watch?v=SZDAtBT_OXs&feature=youtu.be

Looks like my game is on, even though it’s still snowing here in hill country!

Stoke the flames of this rivalry!

WHY ARENT MY GIFS WORKING

Weird. I can see them if I click. Maybe there is a hotlink protection on those sites?

I left all 500 off my Bruins winter hats at home

I’ve got Mrs Bear’s Denna Laing one with me. I’ll toss it in the portal ….

Sounds like you and I are having similar days! I feel this gif is appropriate for today:

Those 8 weeks of training will give you a great look at the competition!

IW was right! Kent School flooded. my Saturday game is cancelled, but I think they should play outdoors!

There’s a dam about a mile and a half downstream at Bull’s Bridge. Jo and I went that way to my NY game last week and the whitewater was crazy! We saw some people there who were leaving the boats on there car. They were like “no fuckin’way!) I heard a few folks ran it, but it was class 5. No way I would have done it.

Well, I almost peed my pants

I don’t wanna be at work today, specially in quickly accumulating snowfall.
My office neighbor has some ‘music’ app that went off behind his screensaver, so now it sounds like Robert Fripp is being murdered by cats in the next cube.

There isn’t anyone I’d break up this team over. Sure, who wouldn’t want OEL or some others on the list, but at what price? I think it was Satan81 that claimed teams always overpay to load up for a Cup run….. I have to agree.

Yeah, the best thing Sweeney can do this trade deadline is stand pat.

Morning all. On tap at work today is apparently ALL THE PROBLEMS! MVP Healthcare is going to be the death of me.

Good on the Bruins for doing a video tribute to Claude tonight.

In my dream last night I went to Portland, OR. But Oregon moved to the south and replaced Texas. I was also wearing a bonnet at one point. Weirdest Oregon Trail ever. 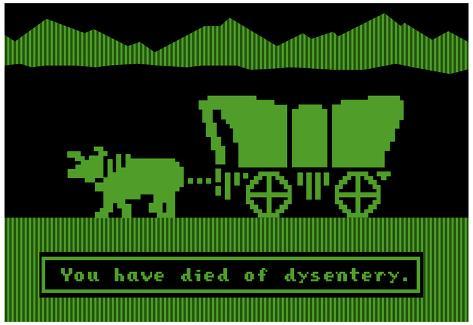 Bs have looked a little rusty coming back from the break. Hopefully they’re sharp enough to do a number on the Habs tonight.

Mathematically Bs are in the running for the President’s Trophy but they need to heat up again.

Back in the office today – I’ve only worked five days since Christmas. All good things come to an end.

Darts tonight. It’s a knockout pairs competition but the pub has a wood-fired pizza oven and a great selection of beers so I’ll have a good time even if I’m knocked out early!

You gotta love the naiive opening positions of some GMs overvaluing their players.
With Bergevin & Patchioretty, I picture the demand coming in the form of a ransom note written by 7 year olds.

Maybe done with words cut out of comic books. Shazam!