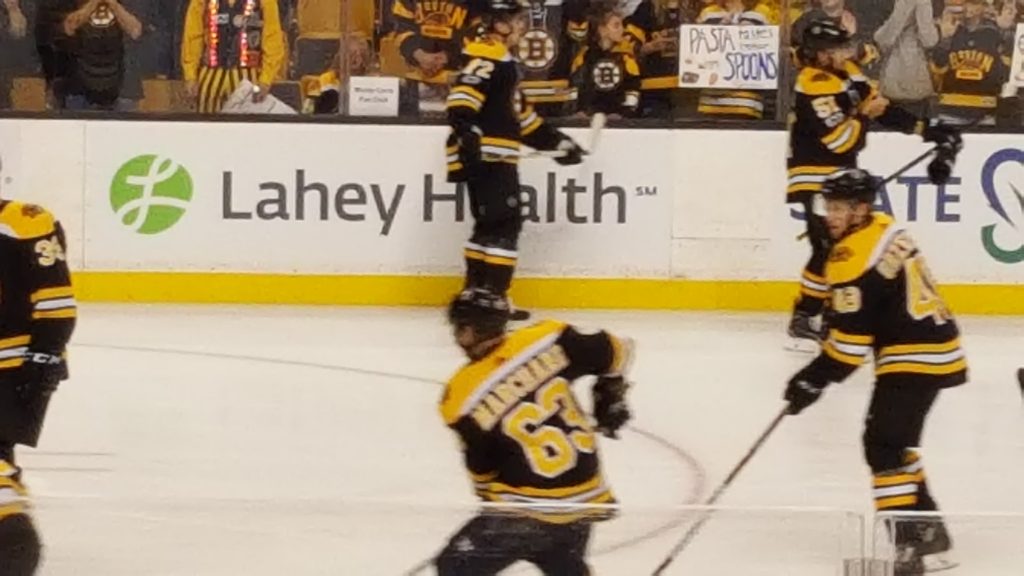 The Bruins play the f%*&% Sabres yet again in Buffalo on this day.

Last time these teams met, the Sabres won, and tossed in an empty netter just to add insult to injury, winning 4-2. Fuck those guys.
The Sabres lost a close one to the Caps 1-5 last night.
Ha.

The Bruins were kind of sloppy last night. I guess if one hasn’t played hockey in 3 days, one forgets how to do line changes, defend the left faceoff dot, or keep the offensive pressure going in a tie game late in the 3rd period. Also, #1 Center Patrice Bergeron left the Air Canada Centre wearing a walking boot.

Patrice Bergeron is considered by BOS to be a game-time decision tonight.

Hearing the same Bob. Age has finally caught up to him and he could be on the way out. https://t.co/bybTLnYZHo

The Bruins made a big splash in the trade market overnight, trading Spooner, Beleskey, Lindgren and 2 picks to the Rangers for Rick Nash. So Spoons will be unavailable today but Nash is expected to suit up for the black & gold. They also signed forward Brian Gionta to a one-year contract. Gionta – just back from appearing in the Olympics as captain of the not-very-successful US Mens Hockey team – is not expected to appear today.
9th D-man Paul Postma has been placed on waivers, where he will surely be welcomed to the P-Bruins as a needed RH-D. Weirdly, P-Bruins D-man Chris Breen was also put on waivers today, and it is not clear why – perhaps he’s made it onto on the depth chart for the big club. G.M. Sweenius has commented in the past on having run out of D-men in last year’s playoffs…

I’m going to assume that Bergeron will appear and neither of the next two options – bumping up Riley Nash to Bergy’s spot and back-filling with Gionta, or stranger still, playing with 7-D – will be necessary.

Jack Eichel hasn’t been playing since injuring his ankle last time the Bruins & Sabres met. The Sabres have done nothing so far in the trade market, but are shopping Evander Kane and have yanked him from the lineup. Other tradeable assets have not been removed from the lineup:

Deciding whether I’m hockeying tonight. I hate everything.

I will say, Nash has looked good

Please punch Ristolainen in the face –

This is usually a good option

I’m sure Chara taught him lots of vocabulary – he is quite the polyglot, you know.

Wasting one of the games in hand.

Why can’t they score?

They got nuttin’ tonite.

We really needed to be killing a penalty right now. Thanks, Torey

So you’re telling me that Ristoleinen doesn’t wanna fight Chara?