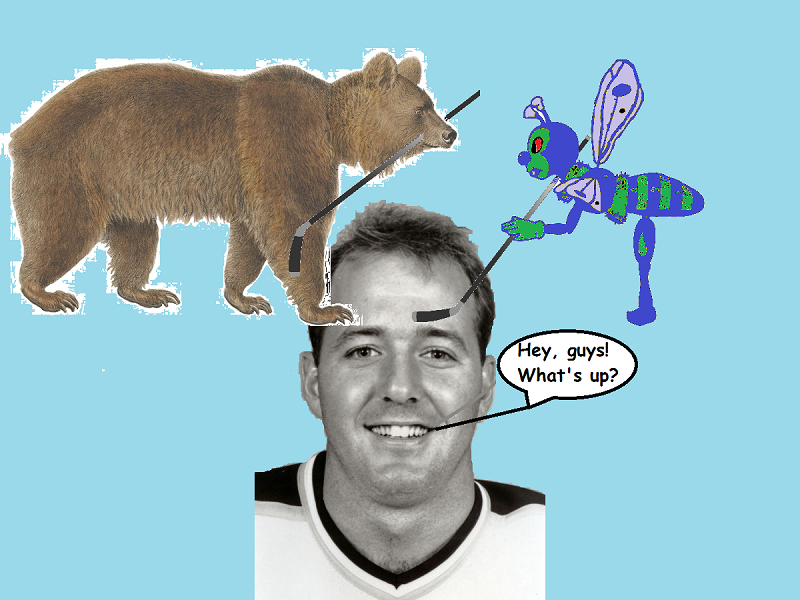 But we celebrate ALL types of jackets.

The Bruins have returned from their Florida road trip. While their day in Sunrise was less than it needed to be, the game in Tampa was a stunning success, with our intrepid heroes coming to a 3-0 shutout victory against a team that is leading the league in goals! Tuukka was excellent, and the skaters blocked a respectable 16 shots. Goals came from Riley Nash, David Backes and David Patrnak, with Torey Krug assisting on all three goals. This brought the Bruins to 98 standings points, a mere 1 game behind the conference leading Lightning.
(Well, at least until the Bolts won yesterday while the Bruins had no game – but the Bruins do have 2 games in hand)

Early in the game, Backes caught a skate blade to the back of his thigh, resulting in a nasty cut that apparently was rather bloody and required some stitches. Backes did not return to the game. He will miss an additional couple of games. Whenever a skate blade cuts a player, one fears the worst case scenario, and Backes was rushed back to the locker room with alacrity, but hockey players are used to seeing blood (they practically bathe in the stuff)

and it seems that #42 will just need stitches and a little time to heal up.
Speaking of “healing up”, look who felt good enough to try skating this morning:

So who will slide into the open spot on the game day roster? On the back end of the roster, Trent Frederic arrived in Providence, and Ryan Donato signed an ELC. Frederic is reportedly still finding his place, but will Donato make an appearance? It makes little sense before playing him a few games in Providence, but it seems like it was part of his deal. I haven’t heard anything about Czarnik, Blidh or any other of the baby-B’s being brought up though.
UPDATE (6:15pm): Rick Nash is OUT. Anton Blidh is on emergency recall. So everything but the top forward line has been put into a blender.

The Blue Jackets are a team that is strongly in the playoff race in the East, currently holding the first playoff spot, and only 2 points from 3rd in the metro – yet merely 1 point ahead of the New Jersey Devils.
They are also the proud owners of a 7 game winning streak, with only one of those requiring an overtime appearance. The BJ points leaders are Artemi Panarin at 21-42-63p and Seth Jones at 14-35-49p, though the 2nd most BJ goals have come from RW Josh Anderson at 18-11-29p. Anderson has been out all month a knee sprain and is expected to miss another week.
The Bruins have met the Blue Jackets twice before during this season – losing in a shootout in October. However, in their December meeting, the Bruins embarrassed the Jackets 7-2.

Tonight’s game will celebrate our local Olympians, so one presumes that Brian Gionta & Ryan Donato will be featured as part of pre-game festivities.

Based on morning rushes (but everything outside the top 2 forward lines is more jumbled than usual, so I’m not super confident of this…)
Note: it looks like Ryan Donato was given number 17, which was not the most predictable option:

Jackson & Heyer are veteran refs. But more importantly, I just realized that some dude has the last name “Daisy”.
MIND
BLOWN

B rad had a legit beef there. Watch out Blues. Bruins gona be pissed off.

At least they got the one point.

Given the injuries, I’ll gladly take the point.