Morning Free Association: So Much Excite

If you missed Saturday night’s game at the Tampa Bay Lightning, you missed a true test of the makeup of this team. They played a full sixty-minute game and they passed it with an

Despite losing yet another player to an in game injury, the Bruins managed to put three pucks in the net (David Pastrnak, David Backes, Riley Nash) and shut out the Bolts.

It was David Backes in the crease with an opponents skate who became the latest injured player. watching him scramble to get off the ice in a quick fashion was a frightening watch. The fact that he needed only 19 stitches on his leg is amazing.

Sweeney on David Backes: “He did meet with our doctors & they re-evaluated the cut. It was a pretty significant cut…we’ll let nature take its course & let it heal. I don’t have a definitive timetable. Certainly not day-to-day. I would suspect he’ll be out for a couple games.”

Of course, Backes is not the only injured Bruin. Both Patrice Bergeron and Jake DeBrusk are still recovering from their own.

Sweeney on Patrice Bergeron (fractured right foot): “We don’t have a definitive timetable. Our doctors have set a hopeful time frame, but that’s the healing process. He may join us on the trip here, but we’re gonna wait tomorrow and see where he’s at.”

Sweeney says there is no timetable on Jake DeBrusk’s return from an upper-body injury: “Jake’s continuing to move along and recover.”

This wasn’t even the biggest news of the weekend, one in which Zdeno Chara turned another year older.

After an amazing hard-fought game and a well deserved win last night I got the surprise birthday cake from our flying crew (Adam, Colleen, Izzy, Alexandra, Leslie) who work so hard to make sure we have all that we need during our heavy traveling schedule throughout the whole season. Thank you guys for everything you do for us 👩🏾‍✈️👨🏽‍✈️👨🏽‍✈️👩🏾‍✈️👩🏾‍✈️ ——————————————————————— Po vybojovanom a zasluzenom vitazstve som dostal narodeninove prekvapenie od nasej posadky (Adam, Colleen, Izzy, Alexandra, Leslie) ktora tvrdo pracuje, aby sme mali vsetko co potrebujeme pocas nabiteho programu cez sezonu. Dakujem za vsetko, co pre nas robite.

On Sunday evening, the Boston Bruins announced that they had signed their 2014 second-round draft pick and Harvard standout Ryan Donato to an entry level contract. Details haven’t been confirmed yet but Cap Friendly has this as the terms until they are confirmed:

Donato is eligible to dress for tonight’s game.

It’s certainly an exciting time to be a Bruins fan.

Actually, 17 sort of is just a couple of digits. I fail to see Donato’s connection to that number.

My guess is that he meant it’s a good number for the Bruins, not necessarily a Donato number.

I’m getting Cup Crazy about this team!

Me too. I’m psyched.

This hamster is both murderous and adorable.

Hey Pals!
Had to watch the replay Saturday night as I was reffing a women’s hockey tournament. Great time! Saw lots of old friends and some ex teammates. Great time and money raised for a player who died young’s family.
Bruins looked like they can play with anyone! Can’t wait to see Donato!! It would be really great to see #37 back in action, as well.
The Bruins get the BJs tonight! Okay, then!

I’m not thrilled about the parameters of the Donato contract – a 2 year deal with a forced appearance in Boston on his first day?

Is this a 3 year deal with 1 yr burned because he’s going to force the Bruins to play him (as a signing bonus)
Or is it a 2 year deal, in which 1 year will be burned if (when) they put him on the ice?
I’m also a bit unsure of his readiness for the NHL. We play 200 foot hockey around here, rookie!

Still, this is a very talented kid, and I’m happy he’s available.

My theory: Gionta didn’t look that great at the Olympics, but has been terrific as a Bruin. Donato looked awesome at the Olympics, so he will take the NHL by storm and the Bruins will win it all!!!!
Just ignore the fact that Gionta has played over 1,000 NHL games and has won a Cup, okay?

Just ignore the fact that Gionta has played over 1,000 NHL games and has won a Cup, okay?

At some point in the future Donato has played 1,000 NHL games and won at least one Cup, so he’s just Schroedinger’s Gionta …

I’m not thrilled about the parameters of the Donato contract – a 2 year deal with a forced appearance in Boston on his first day?

Burning a year is how they do it now. I’m not unhappy, especially given that the injury (and suspension, apparently) bug has bitten us again.

I think that Tampa game might be my favorite game of the season. Good job, Bruins! 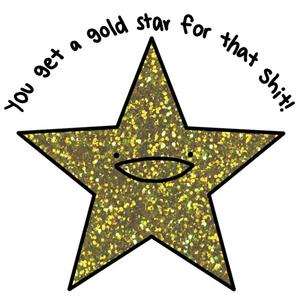 Bergy “may join them on the trip” is pretty exciting too.

I see the Bolts clinched last night, which must mean we are only a win or two away, right?

I was catching up with some Behind the B this morning and noticed that the crazy Carolina game the other day was the second time this season the Bs have scored five goals against them in a period and the third time a Bs-Canes period has featured five or more goals. Crazy.

It was a wonderful 3 degrees this morning. Oh my god so ready for spring.

I’m picturing a dinner roll on a coil spring.