Morning Free Association: Do or Die

It’s Wednesday which means it’s game day. Game 7 is tonight at the Garden at 7:30pm. It took me a little bit to find out where the game would be televised and it will be on NESN and NBCSNPDQETC so you get to choose which broadcast team you want if you’re lucky and if you’re not you get this:

Looking at the practice lines from Wednesday morning, it looks like Bruce Cassidy isn’t doing too much to weak the lineup by adding players to it but rather just swapping wingers around. Rick Nash is on the new Nash heavy third line on the opposite side of David Backes. Danton Heinen, a player whose offensive production has all but stalled, has been promoted to the Krejci line at right wing after sit-in out the previous game. One could argue that keeping the slumping Heinen in the lineup as opposed to trying out the fresher, young gun Ryan Donato is an obvious mistake.

Matt Kalman seems to believe that Donato should sit. Ty Anderson lays some groundwork for why Donato could be considered and then shuts that down.

“We’ve considered it, certainly,” Cassidy said of icing Donato. “He played a [playoff] game earlier. He was OK. He wasn’t bad, he wasn’t great, he was somewhere in between. Whatever we decide tomorrow [for Game 7] — it’s not set in stone, we looked at some things today — [but] there is a certain level of trust you have in your players that have gotten you this far, and Danton Heinen is one of those who’s played really well for us.”

A healthy scratch in Game 6, Cassidy is clearly hoping that he’s pressed the right button with the 22-year-old Heinen to get his head back on straight, and has even given him a chance to produce right away, with Heinen projected to begin Game 7 as the right-side presence on Boston’s second line with David Krejci and Jake DeBrusk.

Giving Heinen a start in that role is a total ‘prove me’ move from Cassidy, by the way, as that trio has almost zero prior history together, with just 22 minutes of five-on-five action together this season.

It’s also Heinen’s versatile style that gives him an advantage over the more one-dimensional — both as a player and in terms of where he can currently play in your lineup — element that comes with Donato’s presence in the lineup.

Whatever happens, I hope the right personnel are on the ice to win this fucking game.

What’s with the back of Pierre’s head in that gif? It looks weirdly elongated, like one of those Peruvian mummies. 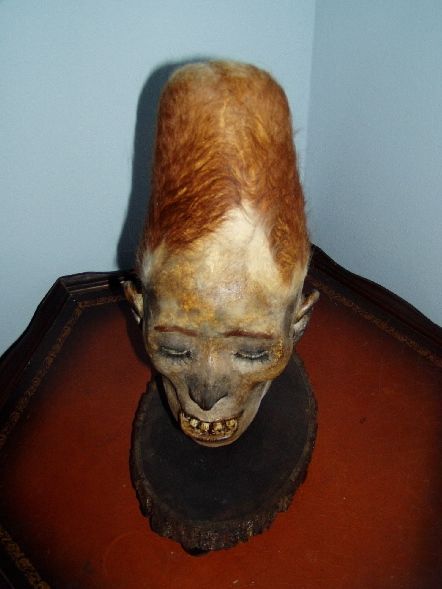 This looks like me in the morning before I’ve had coffee.

Running late today. Meeting this morning, then another one, then another one. Wore my black and gold scarf but I’m already hot. Mamma Mahoney is wearing her Bobby Orr t-shirt, I told her it’s mandatory. She also wore it for the last game 7 against the Leafs. Hopefully the Bruins don’t back themselves into a corner in this game. I genuinely think the Bruins are going to use game 6 as a wake up call and will be fucking FLYING tonight. I am excited and I think we’re going to have fun.

I must go. Lunch is calling.

HNiC put a stat up on Monday saying the Bs are hideous in game 6 – lost six in a row or something like that. They have a better record in Game 7s…

Could be a few goals tonight …

Was reading about the creepy phone calls the Golden State Killer made to victims and then the phone rang at work and I almost yelped in horror.

Well, how did it come to this, after those first two games?

A big factor could be the sudden dropoff in effectiveness of the top line. I’ve not looked into it too deeply but after going 50-odd games without being on the ice for a goal against, they seem to have been scored on a lot this series. Bergy may well still be injured of course.

A brain teaser for you: who are the Bruins three top-rated forwards in terms of +/- this series?

I wish they’d switch Miller & McQuaid back to being paired with Grizz & Krug respectively.

Don’t know if I’ll watch any of the game live. I stayed up for the first two periods Monday night and needed an hour nap yesterday afternoon and went to bed at 10.30! I don’t have the energy levels of five years ago …

A brain teaser for you

Yeah, got it in one. Hopefully some Bruins line will pot a bunch of goals tonight, throwing a wrench into that stat.

Morning all. Again I say, don’t forget about the neutral zone!

Hey Pals!
I have faith in Heinen! After sitting a game he will be wonderful!!!! I have a double tonight and can not watch. Probably better.
More fighting in my double last night. We had two new teams, both very young. We’ll have them shipped into shape soon. The best was the guy on the bench. “Umm ref, their guy tried to hurt our guy.” Okay, and who are you? ” I’m sort of the coach. ” Coaches here don’t talk. They open and close the door and make sure there’s enough beer. That is all.
Beer, I mean COFFEE!!!

Not sure if Heinen’s impending return is a good thing or a bad thing, though players do tend to respond well after a night or two on nacho duty.

I know I want to see more from the middle-6 guys tonight. I guarantee that those middle forward lines get juggled during the game tonight.
Also – did it seem like Bergy was taking shorter shifts than his line-mates on Monday?

Heinen and DeBrusk both responded well after benching this year. Hopefully the one game off will help him, as well as playing with Krejci and DeBrusk.

You might be right about BErgy, now that I think of it. I didn’t notice it at the time but I think I saw Pastrnak and Marchand on the ice together a lot but didn’t notice him with them each time.