Yesterday the Boston Bruins announced that they signed 2017 first-round draft pick Urho Vaakanainen to his entry level contract. The contract is a three year deal worth $4 million.

The nineteen year old defenseman is looking froward to coming over to the states and working his way toward playing with the big team. At this point there’s no real determination where he will end up this season but one would presume that he would at least start out in Providence come October.

Thrilled to say that I’ve signed with the @NHLBruins ! I want to thank everyone who’s been supporting me along the way, especially my whole family, teammates and friends. See you soon 🇺🇸

Amalie Benjamin brings up an important and valid point:

In other news, I really need to practice typing Vaakanainen.

This led to a discussion in our living room last night.

Me: Okay, I got an easy way to learn how to spell his (last) name. First, you spell Vaaka, which has fewer ks than you would imagine. Then you spell nainen.

Him: You see, I spell it this way: Control+C and then Control+V.

(For those not in the know, that’s cut and paste in Windows. On a Mac it’s Command+C and Command+V.)

It’s going to be great to have another talented left shooting defenseman to turn to in the near future and a new Finnish friend for Tuukka.

Morning all. Too early of a day and too late of a night last night.

Haha! Part of the early morning. I’m getting too old for this!

Are you having a Roger Murtaugh moment?

Hi Pals!
Just when I thought I could spell every Bruin’s name……
Getting pretty excited about Mom’s birthday, but why does the rest of my family need to be there? I made special brownies to keep things mellow.:-)

Control+C and then Control+V

Hey, with skills like that you could get a job with my company!

Vaakanainen. Yes. Some other satisfying words to type are ‘Taramasalata’, and the Turkish soccer team ‘Galatasaray’. Give em a try, if you’re really that bored!

Most people in England are really excited today about the start of the World Cup. I have about as much interest as I imagine most of you guys do.

Struggling for motivation this morning. I decided to work at home because I couldn’t be bothered going into the office, and now I could do with a push to actually start doing some work. Maybe a coffee break will help…

Coffee breaks are essential to my productivity. Must be the bourbon!

I’ve got an unopened bottle of Knob Creek in the cupboard, saving for a special occasion …

That Knob Creek s high test! Isn’t it 100 proof of something crazy like that?

I’ve got an unopened bottle of Knob Creek

How can one have an unopened bottle of Knob Creek??! Does not compute!

I know, I know. Being unopened makes it less of a temptation, somehow. I’m trying to be good!

I had a bottle of Four Roses that I’d had only one shot from for months.

I was a little afraid of it because the day I tried it was also the day I ended up in the hospital for GI bleeding. (I’m pretty sure I ate a tortellini w/ E.Coli difficile or something the night before)

I finally tried it again because my dog jumped on me, kicked me in the balls, and when I groaned in discomfort she licked me in the face & mouth. Then I remembered “hey, my dog sniffs poop and eats random stuff she finds on the sidewalk”, and felt a sudden urge to swim in a vat of mouthwash.
Since it was just before dinner, I opted to try a bourbon tasting instead. (It was good).

You shouldn’t laugh at people’s discomfort but that was funny. The dog part, not the GI bleeding – that sounds terrible!

It was pretty funny at the time. That dog is pretty strong and delivered quite a stout kick.

Every part of that story is great.

I’m pretty sure I ate a tortellini w/ E.Coli difficile or something the night before

Unless you were on antibiotics before getting sick or routinely take medications for acid reflux, it’s more likely that it was E. coli, rather than C. difficile. But any GI bacterial infection – like Salmonella, Helicobacter (gastric ulcers), Shigella (“you have died of dysentery”), or Vibrio (cholera’s NOT a beautiful thing) – could potentially cause a bleed like that. 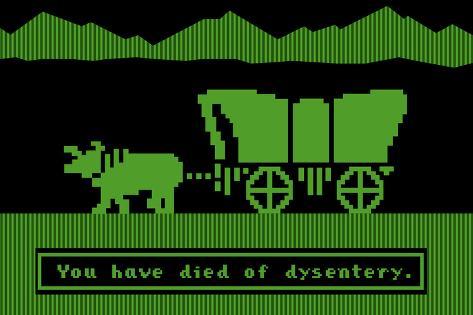 I decided to work at home because I couldn’t be bothered going into the office,

If you like working from home, Vermont is offering people $10,000 to move here and work remotely!

Seriously? Can I bring the family?

What I miss most working from home is the train journey home – it’s normally quiet at that time and you can unwind with a book. But recently the trains have been chaotic and it’s no fun.

My friend is wondering if they’ll retroactively pay him the ten grand as he moved here about 15 years ago to work remotely!

At first glance, I thought this said “rooster stuff”!

On a Mac it’s Command+C and Command+V