Remember how Zdeno Chara injured his knee the other night? Well, it’s not looking good. The Bruins announced yesterday that Chara was flying back to Boston to undergo further evaluation by the medical team.

UPDATE: Zdeno Chara will travel back to Boston to be re-evaluated by team doctors. The team will issue further updates when available.

Dr. Jessica Flynn, who consults on injuries for both the Boston Sports Journal and NBC Sports Boston has some thoughts on what happened to Chara.

Chara sustained a valgus injury to his left knee last night. Most likely a significant MCL sprain. ACL injury possible but less likely because he’s on a skate/foot not fully planted. https://t.co/Td5H77Uv7H

She elaborates in an article on BSJ (sorry for the paywall) that it’s likely a MCL injury with a chance of damage done to the ACL. Remember a couple of years back when Chara tore his posterior cruciate ligament (PCL) and was out for what felt like a million years? Well, he permanently tore that ligament and had no surgery due to the percentage of the tear. Dr. Flynn suggests that his knee, already destabilized by that PCL injury, may require some intensive treatment up to and including surgery. If he requires surgery, his season is done. Yikes!

Of course, that is the worst case scenario. He could be out a week, he could be out more. At 41, Chara has had some wear and tear on his body over the years and that may complicate his recovery time. Hopefully, he’ll back soon.

In the meantime, the Bruins have called up another defenseman from Providence: Connor Clifton. Apparently, he performed so well last season with the AHL club that it earned him a contract with Boston. The former Quinnipiac captain joins the game of How Many Different Defensemen Can the Boston Bruins Play This Season. Let’s have a look at that, shall we.

All currently injured defensemen are in italics

That’s a lot for so early.

It should be an interesting next few games.

Are we also Moore-less then?

Yeah, not on the ice for practice. Conversations with Satan81 about that D corp
Me: That’s…uh…something.
Him: That’s Providence. 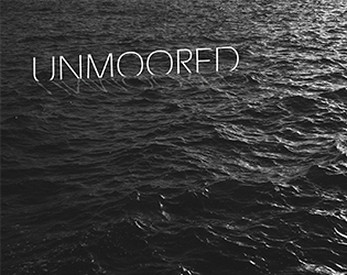 Is that Tuukka or Halak? They both might want some personal time…. for their own personal safety!!

Is there any rule stating they can sit a forward and defenseman and put two goalies in net at the same time?

Can we play with four skaters and have both in the net??

Where’s Moore in that mess?

My boss gave my cow-worker and I $50 yesterday!

Oh, if only I had some snow to shovel.

And a shovel with which to shovel it…

Oh no! William Goldman the author of The Princess Bride died.

Uggh, that’s too bad. interestingly, I think the actor in that GIF just had a birthday this week.

You are indeed correct. Wallace Shawn (aka Vizzini) turned 75 on Monday (12Nov18). Inconceivable!

Morning all. Walking in a winter wonderland this morning. Imagine people are now going to make their way up here this weekend to hit the mountain.

Also Gritty because he is everything that is pure and innocent in the world and snow is forever renamed zamboni dust:

Skate blade sludge! It’s all over my driveway!

Time to go do that voodoo that i do so well……. shovel snow.

Hey Pals,
I’ve been watching the replay of the check that may have caused Z’s injury. That’s the same way mine bent when i was injured. I have an issue with the fibular collateral ligament. I’m not a doctor (although i’m willing to play doctor…….. JoAnn?). Anyway, it’s not the ACL. ACL damage no bueno. Still, Homey goin’ to be out awhile.
Hey, this can be a test of who’s got it and who don’t…….AND a rest for Z. I’m always looking for silver linings, eh? Nuthin’ we can do, but hope for the best.
Heading out for more shoveling!!!

AND a rest for Z.

I just hope he gets enough rest this time. When he hurt his knee last time he clearly came back too soon. You’ve got to admire his attitude but it doesn’t help the team.

Can’t agree more! The team only needs to make the playoffs HEALTHY!!!

Definitely time to see who steps up. Zee is wonderful and will be sorely missed but obviously it’s time to start getting their D ready for when Zee retires.

That’s why it’s great to see Carlo becoming a beast right now in his third year. If he could develop a devastating slapshot and learn to score just a little bit, he’d be more like Zee.

Do you know anything about Carlo’s injury. I don’t think I remember it occurring. I see he was moved to IR yesterday.

He took a high hit in the Toronto game and it was an UBI. So, I would guess concussion. Unfortunately, he has a history now.

I know they expected him back this weekend but that might have changed. Keep in mind IR can be a salary cap management transaction. With Miller, McAvoy, Carlo and presumably Chara on IR, it makes me wonder if Sweeney is going to attempt a bold move before or by the trade deadline.

I love playing doctor. I love learning more than I did in my anatomy practicals, and trust me I was very good at that.

Anyway, the important thing is that doctors are diagnosing from afar. Dr. Flynn is a doctor who specializes in sports medicine but even then she doesn’t have superpowers; Chara needs at least one MRI and some other range of motion tests to determine the true injury.

Chara has the superpowers!!!

It sure sounds “no bueno”. (BTW, Wow, what a nice diagram on that article.)
I screwed up what I think was my MCL (inside) and left it untreated – it swelled up pretty big and it really took 2 years to regain my former strength. I am not a big fan of significant tendon injuries.

Still, Homey goin’ to be out awhile.

But he will be back. We can rebuild him!