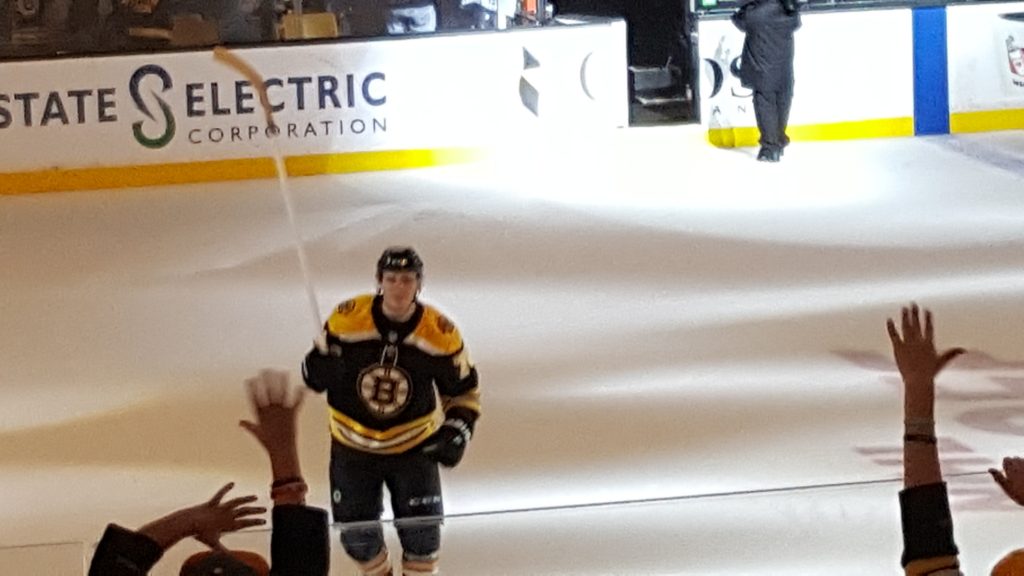 Tonight, the Bruins get to luxuriate in their own barn, not needing to travel to host the existent New York Islanders

The Bruins, still missing several key players (Bergeron, Chara, Carlo, McAvoy), recently went to Toronto to face the Maple Leafs in a game that – if they were victorious in regulation – could have brought them up to their opponent’s place in the standings. Alas, that did not happen. Instead, the Bruins were tied or behind by a goal throughout the game, losing 4-2 after a Toronto empty-netter put the dagger into their hopes. Worse, recently returned defenseman Kevan Miller was hit in the throat by a deflected puck near the end of the first period, and would not return to play, leaving the B’s with 5-Dmen for the rest of the night.
It sounds like this is going to be a long-term problem that will sideline him for weeks!

Here is an artist’s rendition of the Bruins front office looking for players to come back from injury:

Jake DeBrusk also took a beating in Toronto, being knocked down to the ice where he accidentally blocked a shot with his head! He seemed no worse for wear on Wednesday.

On other notes, the Bruins gave prospect Jan Kovar a look at practice on Wednesday – he had been on a PTO with the P-Bruins which just ended. Unclear whether the club will return with a longer offer, and it is rumored that he is sitting on multiple offers from clubs in Europe. Not quite on the injury train is Ryan Donato – who lost 5 teeth after “eating a biscuit” earlier in the week. He has been brought back from the AHL to the roster on the big club.

Ceremony begins at 6:30PM. Those attending the game should plan to arrive early.

As you can glean from the above, “stuff” happens between 6:30 and 8:00 puck drop. So I have absolutely no idea when to publish this page. Hmmm… need a distraction… Here are 16 things to know about the career of Rick Middleton: https://t.co/FhqvRilkfM

Let’s do some lines.
The Bruins still have P-Bruin callups Jakub Forsbacka-Karlsson, Colby Cavé, Connor Clifton and Jeremy Lauzon as well as the return of Ryan Donato. Anton Blidh has been sent back to Providence. Jakub Forsbacka-Karlsson had been centering the Marchand-Pastrnak line until Tuesday, but it was Colby Cave at practice yesterday and today. Will the presence of Donato result in Heinen taking a night off? It seems unlikely since he’s played some of his best hockey this week. However JFK was not part of morning rushes today and Donato was skating on the 3rd line. Carlo and Kampfer were skating together yesterday, suggesting the loss of miller will be offset somewhat by the return of Carlo, but coach Cassidy tell us that Carlo will not be appearing until at least Saturday. Clifton was the odd man out on defense yesterday but returned to the D today.

Tonight’s opponent are NOT the Maple Leafs. They are the Islanders, who are running at a record of 12-9-2, placing them behind the Bruins in the standings, and squarely in the middle of the Metro division. They have won 2 out of their last 6 games, scoring a lot in their victories and little in their losses. Their notable injury is Andrew Ladd who is not actually super notable at this point. Casey Czikas is recovering from a lower body injury but may find his way into the lineup. One time Bruins fave, Johnny Boychuck will be on the ice tonight, so that will be fun to see. Also Brad Marchand’s old flame, Leo Komorov is on the Isles this season and will play tonight. Cue up that romantic music!

Marchand gave Komarov a kiss on the cheek pic.twitter.com/AIE3k5YPQw

Komorov giving DeBrusk a hug there…
Could use Killer right now to keep him from getting too clever.

Ok, I was wondering if there was something wrong with that net (and why they didn’t stop play)

Score from in front or behind!!!

Anytime the Bruins have a ceremony prior to the game they come out flat.

Bruins were in trouble from jump on that shift… ugh!

I can’t believe that Johnny is actually playing! How many Isles games have we seen without him?

Hey Pals!
They should start the game…. I’m running out of tears.

How mant old Bruins does take to hang a banner?

Disappointed that Espo & Orr didn’t make it to the pre-game ceremony.