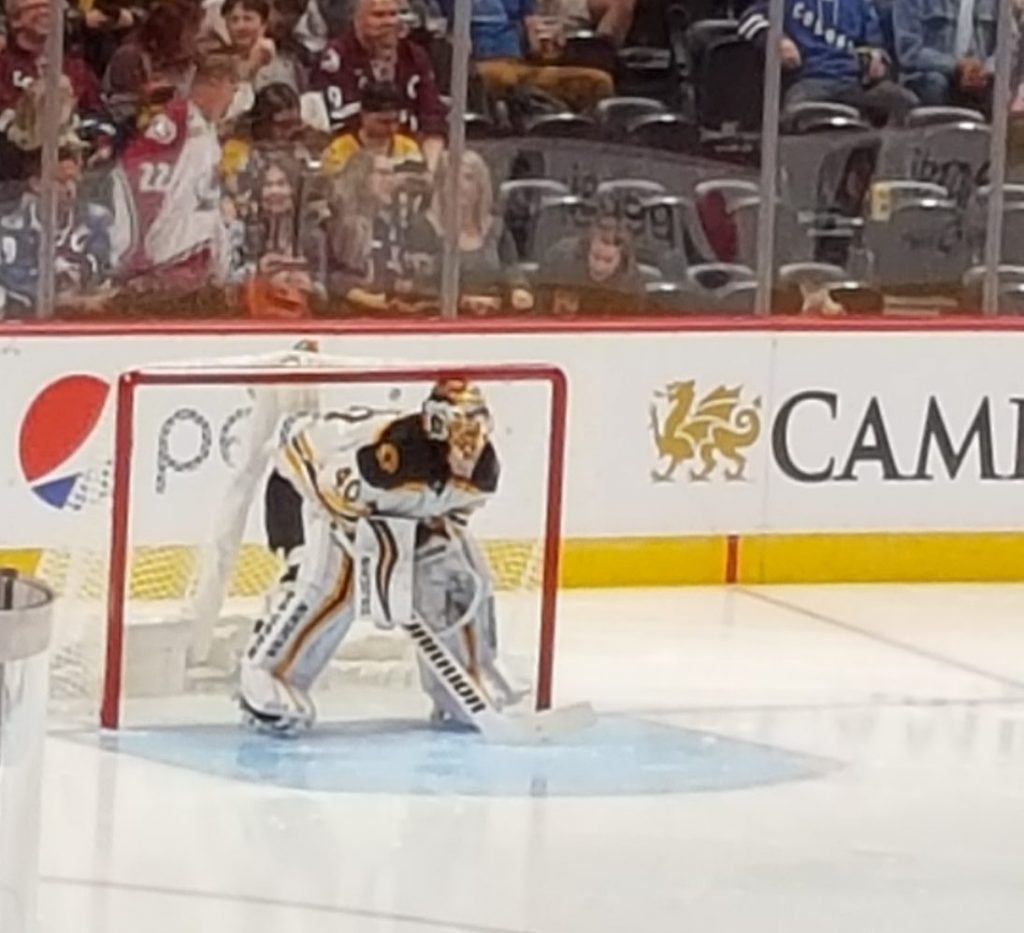 Today, the Bruins are in Los Angeles to continue their “West Coast Tour” vs the Kings

The Bruins played 3 games at home vs Western Conference teams last week, and the results were pretty good. Game one, vs The LA Kings, was Saturday, and the Bruins came away with two points. Game two vs the Avalanche on Sunday also resulted in two points with a Marchand OT goal. It might be nice to win in regulation, but nevertheless, I’ll take the two points. The 3rd game of that stretch was vs the Chicago Blackhawks, and the Bruins never lost the lead, winning by 6-3 in regulation time. The Bruins played the Anaheim Ducks last night, with goals by Acciari, DeBrusk and an empty netter by Wagner in the 3-0 shutout. Backup netminder Jaroslav Halak stopped 30 goals in a nice performance.
Here’s some highlights:
1st period – Carlo blast from the wall with a deflection by Acciari puts the Bruins on the board.

This has the Bruins in 3rd place in the Atlantic Division ahead of the Habs by a 5 point margin, but still trailing the Leafs by 1 with the Leafs having a game in hand.

Golden child Pastrnak is out after falling and injuring his thumb on Sunday and “having a procedure” on it. He will be evaluated in about another week. This resulted in Jake DeBrusk returning to the David Krejci line along with Peter Cehlárik. Danton Heinen has been in the right wing spot on the top line while recent call-up Trent Frederic centered Joakim Nordstrom and David Backes.
Soon after acknowledging the Pastrnak injury, the Bruins called up Karson Kuhlman from Providence.

Kuhlman has been on a points streak lately in Providence after starting the year kind of cold, but he has been described as “an energy guy”, “defensively responsible” and is clearly proud of his “200 foot game”. He has an impressive +/- of +22 in 50 games. In Thursday’s practice, he was alternating with Trent Frederic.
Matt Grzelcyk has been working through a lower body injury, and just returned to practice on Thursday. He is expected to return to the lineup today. Tuukka Rask will be in net.

Today is a game against the Kings. If you thought last night’s 10PM game was too late, well enjoy this one at 10:30PM. The Kings were reasonably healthy, missing Jonny Brodzinski and Jeff Carter, until Thursday, but D-man Alec Martinez suffered a UBI on Thursday and will be out a couple of weeks. Sean Walker took a puck to the face, and will be out for a while as well. Centerman Trevor Lewis has come back from IR but has only played 2 games and is unlikely to play tonight. Jeff Carter – who has been out with a lower body injury is likely to come back tonight. Bottom-six forward Nate Thompson, who scored on the Bruins in an unlikely event, has been traded to Montreal.

The Kings are at the bottom of their division and have been playing .500 hockey tonight at 3-1-2 in their last 6, winning and losing 1 game each in regulation, OT, and a shootout. One of those games was vs the Bruins in Boston in which the Bruins scored first but let LA grab the lead, took the lead back, and then let LA tie it up again and had to go to OT for the 2 points in a 5-4 Bruins victory.

Tuukka is the best player on the ice right now.

Ugh,
Giving up too many chances.

TUUUUUUUKKKKKKK.
And what were the Bruins skaters doing there?

Still awake, and caught up!