Morning Free Association: On to Columbus

It was another Game 7 between the Bruins and Leafs, though this one was different. Instead of taking a lead and blowing it or clawing their way back after getting down by 2 or 3 goals, the Bruins played an assertive game, taking the lead and never letting it go. It was refreshing.

The ice was in great condition. It would have to be after Brad Marchand criticized the quality of it for the first 3 games at TD Garden. If I didn’t know better, it looks like they laid down a fresh sheet of ice.

It is really flipping cold in TD Garden. You can take this information as you will.

Even though the first period saw the Bruins playing in their own zone a lot and taking few shots in the beginning, the B’s eventually caught up with shots on goal and led in a much more important stat: goals. Yes, The Swedish House Mafia, Joakim Nordstrom and Marcus Johansson, took control off the period and scored all the fucking goals.

Great keep in by Acciari, great pinch by Grzelcyk and Nordstrom finds a hole. pic.twitter.com/sCVe6mOjWG

They took that lead into the second.

Before the goals, Karson Kuhlman showed a little bit of that hockey IQ that keeps him up with the big club by hitting Jake Muzzin as he caught the puck and before he could play it.

Karson Kuhlman with the hit stick on Jake Muzzin. pic.twitter.com/aGdtZfcqzg

Pajama Boy John Tavares got the Leafs on the scoreboard.

After this, a chorus of Bruins fans and writers called for less of John Moore. An example:

The Bruins basically crawled through this period with some bright spots. Brandon Carlo took his angry pills. In a separate incident, he was called for a phantom cross-check.

This? A cross check? In Game 7? pic.twitter.com/BPddaYONd5

What a damn save by Freddie pic.twitter.com/4cgvr9oxJz

Things got chippy at the end of the period. It’s a good thing that 6’5″ Brandon Carlo has 5’9″ Brad Marchand to stand up for him.

Brad Marchand and Auston Matthews start a brouhaha at the end of the second period. pic.twitter.com/q0u8oGL6Hm

Even though he allowed 1 goal in this period, and the game for that matter, Tuukka Rask was sharp for most of the game even if he didn’t need to steal the game for the team.

Cassidy on Tuukka Rask: “I hope fans recognized what he did tonight. … Hopefully people get behind him and acknowledge it.”

In the third period, the Bruins blew the Leafs away.

First up was Sean Kuraly who had a great game using his speed and tenacity.

Playoff Sean Kuraly is back.

Then, Weymouth’s own Charlie Coyle caused a turnover and scored on an empty net.

Did you know @CharlieCoyle_3 is from Weymouth? The local kid seals the deal 👊 #NHLBruins pic.twitter.com/3Dod7ayr1b

The crowd in Toronto started to thin out…

Finally, Patrice put the final nail in the Leafs coffin with an empty netter of his own. After the game, Patrice was asked for his thoughts about defeating the Toronto Maple Leafs…again.

Message from Patrice Bergeron to all @MapleLeafs fans. pic.twitter.com/9j2lH4HjqM

Yep, no fucks given. John Tavares, who was supposed to be the player that put the Leafs over the top, is going home after the first round. I hope he still has the support of the fans.

Imagine the standing ovation that John Tavares is going to get when he cleans out his locker in a couple days.

Jack Edwards pointed out at the end of the broadcast that the Bruins will now have home ice advantage for as long as they go in the playoffs. If they play like they did last night, that will be a great thing.

Thank you Boston for bringing your best tonight. #madeforthis

I forgot to tell you all yesterday that it was the fifth anniversary of that time Shelley DuGall made the ultimate sacrifice and gave her life during the NHL playoffs.

I think some celebratory boating is in order….. Of course, if the unthinkable had happened, i would boat for solace.

You should ponder the contrast of this

We need to throw some milk crates at them.

Halak woulda shut ’em out and scored an empty netter!!!!!!

I have a shit ton of work to do this week, but I ignored it all last night to watch the game with my dad, bro and best friend. We had a blast.

The Swedish House Mafia, … scored all the fucking goals.

I totally read that and heard your voice VA! 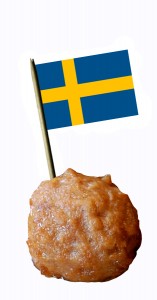 Morning all. Glad it was a “get a lead and not give it up” kind of game. I was in “how many times can we tempt fate with a Leafs Game 7” fear mode yesterday.

And to my dearest Sean Kuraly, I love you and never stop being awesome.

The second period almost killed me.

A quick odds update: bookies favourite to win the Stanley Cup is now the Boston Bruins.

If that means anything at all

Bookies still have it wide open though.

It’s wide open, but the Bruins can do it!!

Big Z is READY!
Columbus is no joke and the Bruins are not going to just waltz in there and win four games. Long series ahead. Going to be fun.

Yes, Bruins. Learn from Tampa’s mistake. Columbus was fighting for a playoff spot for, like, the last two weeks of the season. They were already in playoff mode going into the playoffs. Tampa, well, wasn’t.

Hopefully Columbus will be tired and will have lost some of their momentum.

Hi Pals!!!
Woo hoo!!! Was on the ice, but caught glimpses.
Yes! I watched the Sharks comeback… Holy Crap!!!

I was gonna watch the OT – glad I went to bed. A full period stating at 20 till 1am?
Sorry Sharks, but no.

I was hoping for three o/t’s!!! Watched the whole thang!!

That power play!!! Cody Eakin better head straight back to Manitoba…. His life ain’t worth a plug nickel in Vegas!!!

Yeah, Bruins-Sharks Final? That scares me.

Could the Bruins magically trade for Joe Thornton?

Woke up around midnight and couldn’t fall back asleep so I figured I’d check it out. It certainly didn’t put me back to sleep!

Great effort from nearly everyone last night. I think the key to beating the Leafs was to break their spirit and they certainly did that.

On to the Blue Jackets, who have hopefully forgotten how to hockey after 8461529 days off.

Did you see what happens in the Sharks game? That was a costly 5 minute penalty for Vegas!

IF the Caps lose tonight, that will be all four of last year’s Conference finalists eliminates in the first round! That’s a big IF though!

Have a great day!

Babcock even seemed to admit that going down by 3-1 broke the Leafs.
That was kinda sad.