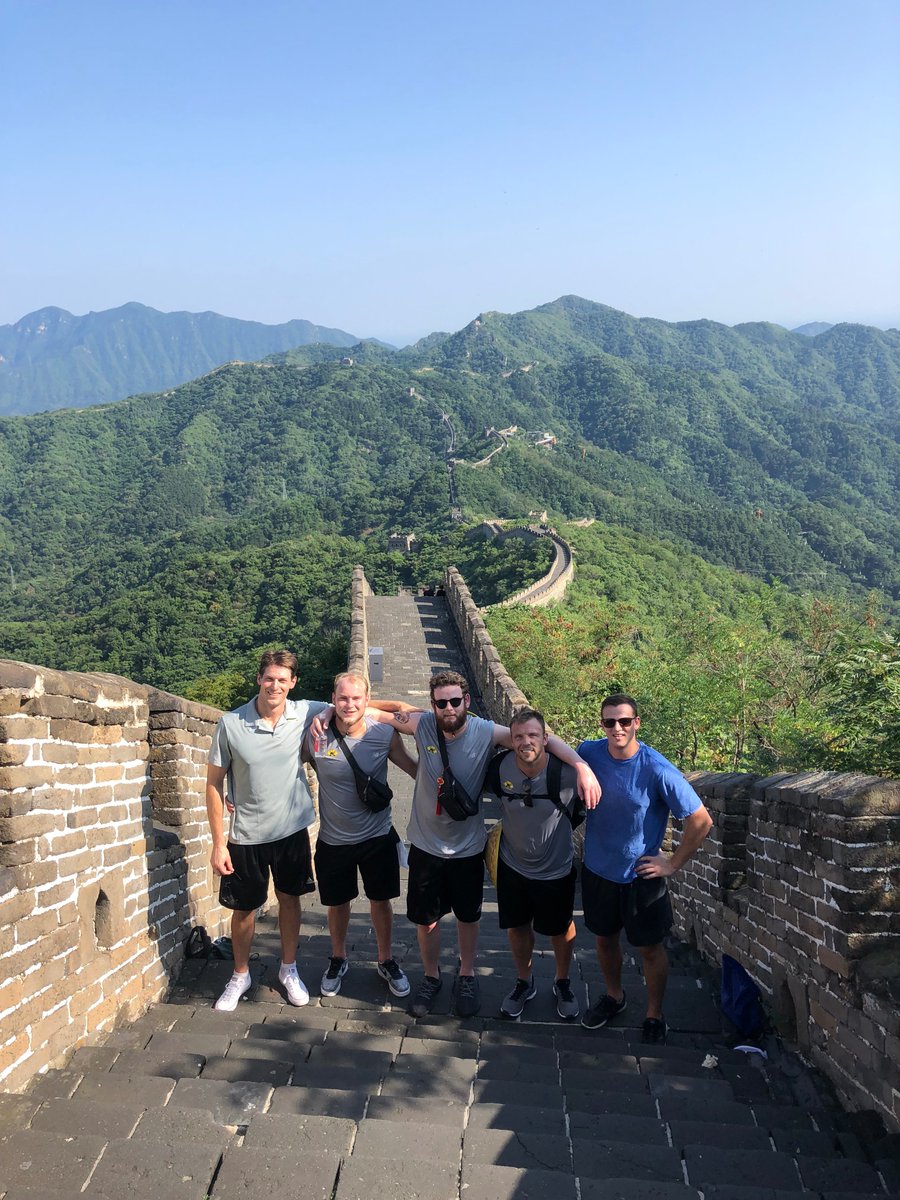 The Bruins are wrapping up their annual #BruinsGlobal tour in coordination with sponsor O.R.G. Packaging.

🎥#NHLBruins alumni @PJStock28 goes mic'd up for Day 1 of the #BruinsGlobal on-ice clinics in Beijing: pic.twitter.com/U2APHTQWMx

Wiley Sherman on a plane:

And now Wiley Sherman has landed in China to join #BruinsGlobal and O.R.G. Packaging! pic.twitter.com/jafxnRcuno

Prospect Wiley Sherman discusses his experience here, in which we learn Anton Blidh’s locker-room nickname is…
“Blidher”
Yeah, you never saw that one coming

Ha! Wiley Sherman is a player who has been hip checked into another dimension by ME!!!

At the time, i was surprised that he’d been drafted by Boston (a lil gangly).

He appears to have filled out some. Still, this is a much less impressive showing than previous China trips – PJ Stock, Blidh, Sherman, Beard-O, Some Other Guy.

I presume there will be a couple of pre-season scrimmages in ~September?

Hi Pals!!
Jo and i did midnight swimming due to the heat. Fuck today!!! Good night to go to the rink, though!!! Double tonight!! Going over waterfalls tomorrow – #bull’s bridge the water will be cool enough.
About one month to camp!!!

I was thinking it must’ve been too long since I’ve seen any hockey as I didn’t recognise anyone in that first photo. But it turns out Blidh is the only one I had any idea what he looked like anyway! It has been too long though.

Going into London tonight. Checking the map I noticed a network of backstreets in which Russia Row leads directly into Trump Street! Ha!

We found the collusion!

I think you mean “the collision!”

Morning all. I think we should just go back to bed. That sounds like a good idea.

Next week the second workday will be known as Blurfday.
Blurfday the eleventy-second of Smarch.

Did you see Russi Taylor died the other day? The voice of Martin Prince, among others.