Morning Free Association: So Close, You Can See It

It’s time to clear away the cobwebs, open your reliquaries, and brush off your Bruins sweaters and shirseys. Captains’ practices are here!

And the media also rejoiced in having something to cover other than speculating about contracts. Sean Kuraly spoke about how it was fun to play in the final and devastating to lose but he wants to go right back there.

.@kurals9 following today's captains' practice: "You put it behind you and you move forward and keep working…we're just gonna try to do it again." pic.twitter.com/go8dUUvnUU

And The Mayor of Walpole seems to have recovered from his arm injury which kept him from playing in the Stanley Cup Final.

.@chriswags23 – after today's captains' practice – on whether he has any lingering health issues: "Well, I had a hat trick today in the scrimmage, so you tell me." 😂 pic.twitter.com/qRbYUWCVm6

Even old friend Adam McQuaid is in town for Captains’ practice, which is open to any NHL player. Though currently without a contract and wearing the wrong colored pants, he’s not in Boston on an official business, though the mind never strays too far from the big gaping holes in the Bruins right side defense right now, one of which he used to fill, albeit not as well as wither Brandon Carlo or Charlie McAvoy.

Bruins captains practice back on session. David Krejci, Zdeno Chara and David Backes among the regulars out on the ice. Also this guy decked out in Columbus Blue Jackets gear #DarthQuaider pic.twitter.com/LZzMNE5Xkn

Speaking of Charlie McAvoy, he and David Pastrnak took in some US Open tennis matches in the Ralph Lauren suite a couple of days ago. apparently, when you watch tennis there, you must be clothed in Polo branded clothing. Man, it just reminds me of high school.

.@NHLBruins players @Pastrnak96 and @CMcAvoy44 spent an evening in the #PoloRalphLauren suite at the @USOpen yesterday pic.twitter.com/BWUfyDcWp8

Training camp starts in one week, preseason will be two weeks after, and before you know it, the Bruins will start their season in Dallas on October 3rd.

Oh! I forgot. The Connecticut Whalers , are now in Danbury!!! Women’s hockey at it’s finest!! (Free admission for me!! And Jo. She’s a rink employee, as well.)

Morning all. And especially good morning to Sean Kuraly.

Get the players signed 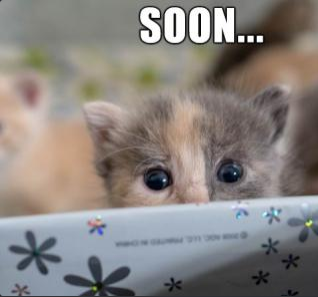 Hey All!
Darth Quaider! He wouldn’t be a terrible stop gap, if negotiations break down…. but let’s not go there.
Was too sick to boat yesterday. Felt like crap. Stayed in bed most of the day. Feeling better, but must work now…
Sure sign that hockey is approaching – adult league games just got later. Kids are back on the ice. Soon!!

Since McQuaid has no team at the moment and he knows the captain, I’m assuming this is just a well-needed opportunity to skate with NHLers, and not a portent of anything more.

It’s good to see him in the area nevertheless.

My rink has year round youth hockey, so the adult league games are always late.