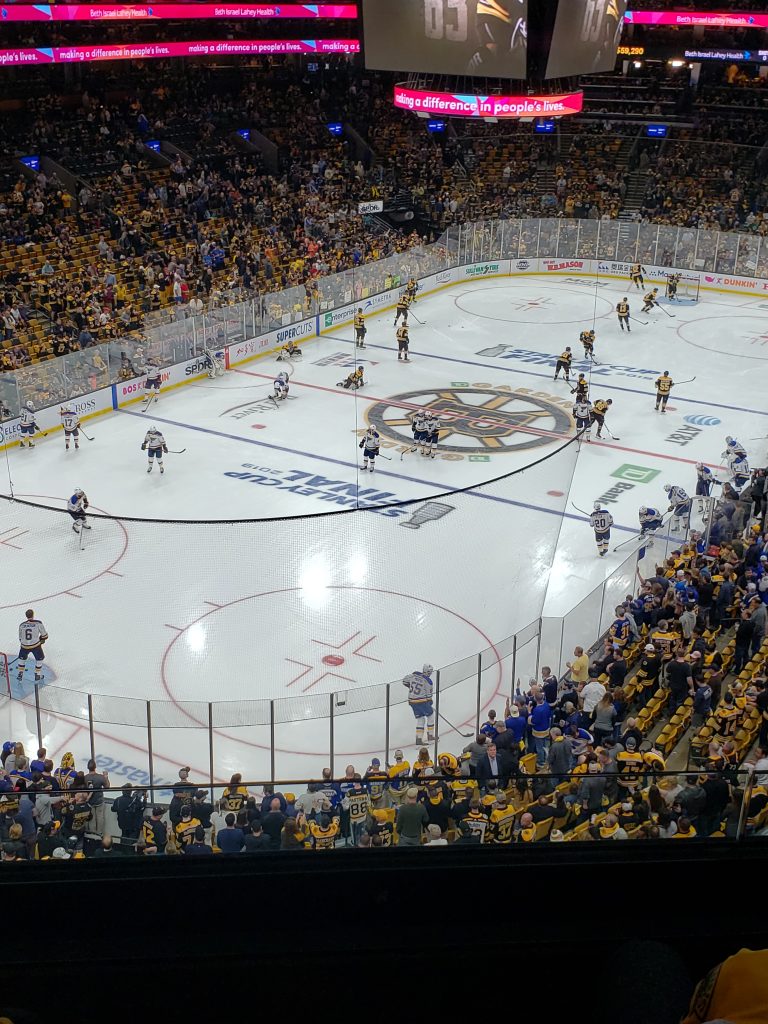 It’s time! The Bruins finally get a chance to wreak delicious revenge on the St. Louis Blues for the Stanley Cup Final loss. At 7PM EST on NBCSN.

Yes, the Bruins were well on their way to winning the Stanley Cup. And they would have gotten away with it if it weren’t for those meddling kids!

Now we finally get to play game 8 of the series, with the winner getting the cup!

Wait…. I’m being told that this is not at all true.
The game will NOT determine who gets the cup, the Blues can’t even give it away if they want to.
This game is actually completely meaningless, being a mere 10 games into an 82 game season. And the Blues barely care who wins.

After 9 games, the Bruins are at 6-1-2, which is good for 2nd place in the Atlantic, (most recently losing to the Leafs late in OT).

Not quite the usual suspects today.

Well David Krejci and Karson Kuhlmann are now on the Injury Report. #46 had been suffering from an upper-body injury, Karson Kuhlman has been sidelined by an arm fracture, after blocking a shot. Anton Blidh is having shoulder surgery, and will miss the next 4 months. Krejci was skating in a white jersey at morning practice, and is expected to return on Tuesday.

Defensemen Kevan Miller and John Moore are still on Injured Reserve and Long-term Injured Reserve respectively, providing playing time for Matt Grzelcyk and Connor Clifton.
Joakim Nordstrom has returned to practice after several sessions in the red non-contact jersey, and is expected to play tonight.

Tuukka Rask will be in goal again.

The Blues are in town tonight. Since we last saw them, they’ve jettisoned Patrick Maroon,
Joel Edmundson & Michael Del Zotto, and brought onboard former Carloina Hurricane, Justin Faulk. They are slightly behind the bruins at 5-2-3 on the season. Top star Vladimir Tarasenko is out with an upper body injury, staying in St. Louis during their road trip.
(h/t Daily Faceoff)

Oh hey, Marchy has an “A” tonight.

Good for him, although not sure there’s much point having two A who are pretty much always going to be on the ice at the same time …

38 seconds before crowd-service from the tall men!

Our clocks go back tonight, so my NHL calendar is telling me the Bs are playing two games today. When it rains it pours!

And the Mexican GP. It’s a busy sports weekend!

Oh yes! I had to watch qualifying with the VR mask because the girls had Strictly Come Dancing (Dancing With the Stars) on the TV!

Hey folks! What’s done is done. You can’t change the past, but you can have a bloody good try at controlling the future. Let’s do it!

Hey, I’ve arranged to meet your friend Steve on Monday!