With the trade deadline less than 3 weeks away, Bruins fans are hoping that GM Don Sweeney will make a deal for a valid second line right wing to strengthen the team. It seems just like yesterday when we were waiting most of the season to solve for 3C and this year has felt about the same. Of course, finding a team as a trading partner who can take on the Backes contract with the Bruins eating up to half of the remaining salary would be ideal.

On Wednesday night’s NBCSNASCAR broadcast, NHL Insider Bob McKenzie suggested that Boston was in on trading for Chris Kreider (NYR), Tyler Toffoli (LAK), and Josh Anderson (CBJ). Previous dark horse candidates have been Kyle Palmieri (NJD) and a longshot hope of Ondrej Kase (ANA), each being the hopes of local beat writers.

Let’s take a look at the top three candidates.

Chris Kreider is a local product who played with BC on their national title team in 2012 the New York Rangers, who drafted him in 2009. He is a left winger who hasn’t shown the ability to play the right side. If he were to be traded to the B’s, Jake DeBrusk could be moved over to the right side, his opposite side, where he has played even less consistently than he has at the left wing. Another issue is that he has a cap hit of $4.625 million for this season. According to CapFriendly, the Bruins only have $3,121,667 against the cap, meaning the Rangers would have to eat some money, take a roster player in return, or maybe take on the Backes contract with some salary retained. Honestly, it’s a lot for a player that doesn’t fit the actual need. 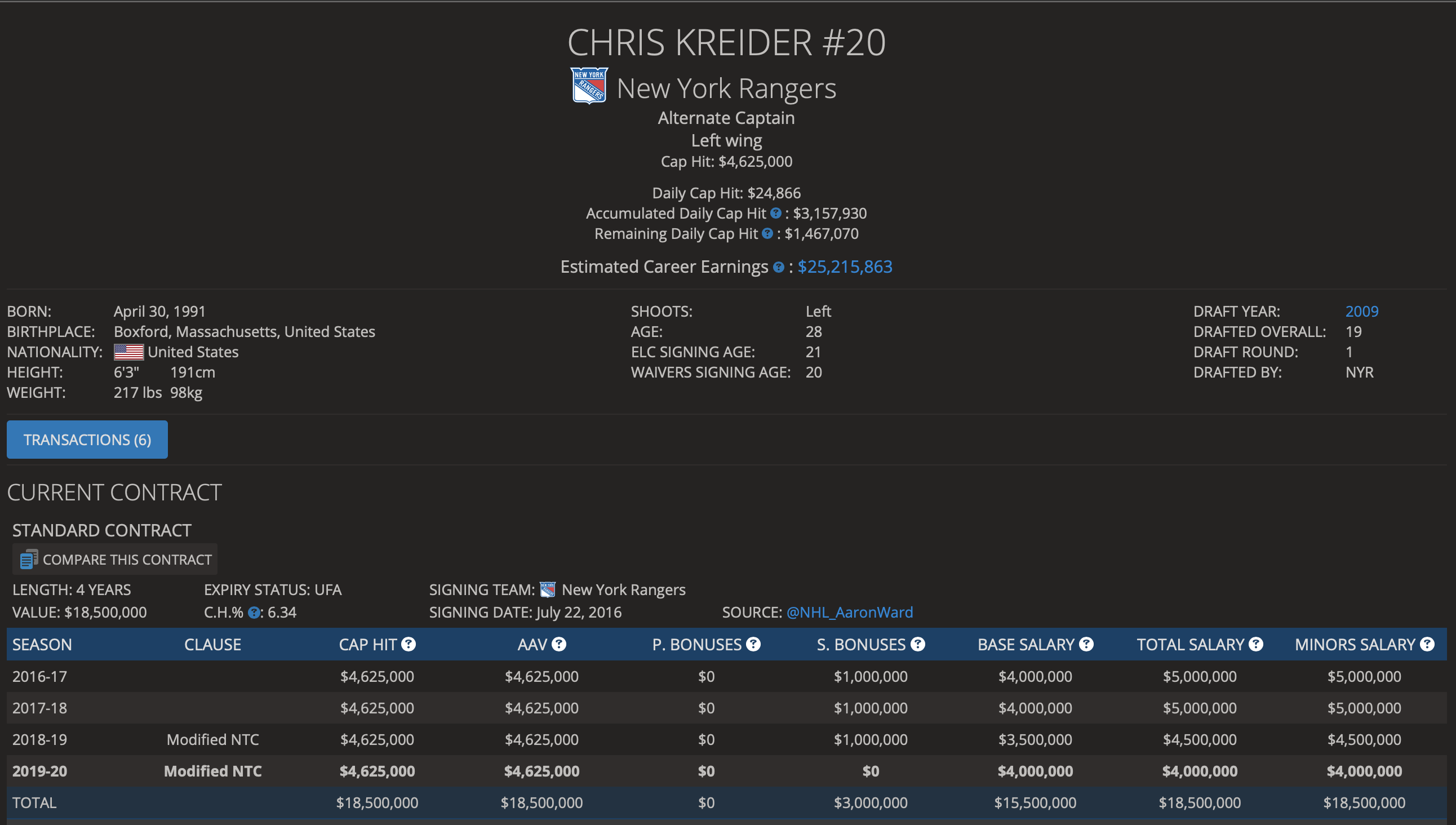 All of this might be moot anyway since it seems like Kreider’s camp is beginning to talk extension with the Rags.

Rangers GM Jeff Gorton and Chris Kreider’s agent Matt Keator expected to finally talk over next fewdays. Can both sides find common ground on a new contract or does it cement the decision to trade him? That plus other items coming up on Insider Trading this evening @DarrenDreger

Tyler Toffoli has been a name that Bruins fans have been calling out for virtually all season since it was obvious that the Kings were dead on arrival. Toffoli has versatility as a right shot who can also play left wing if needed. Since the Bruins tend to like players they can move around and he’s already a right wing, he seems to be a good fit. He’s a bit small in comparison to Kreider but he can really hit with the best of them. Again, his cap hit is an issue, so some cap juggling will have to happen. 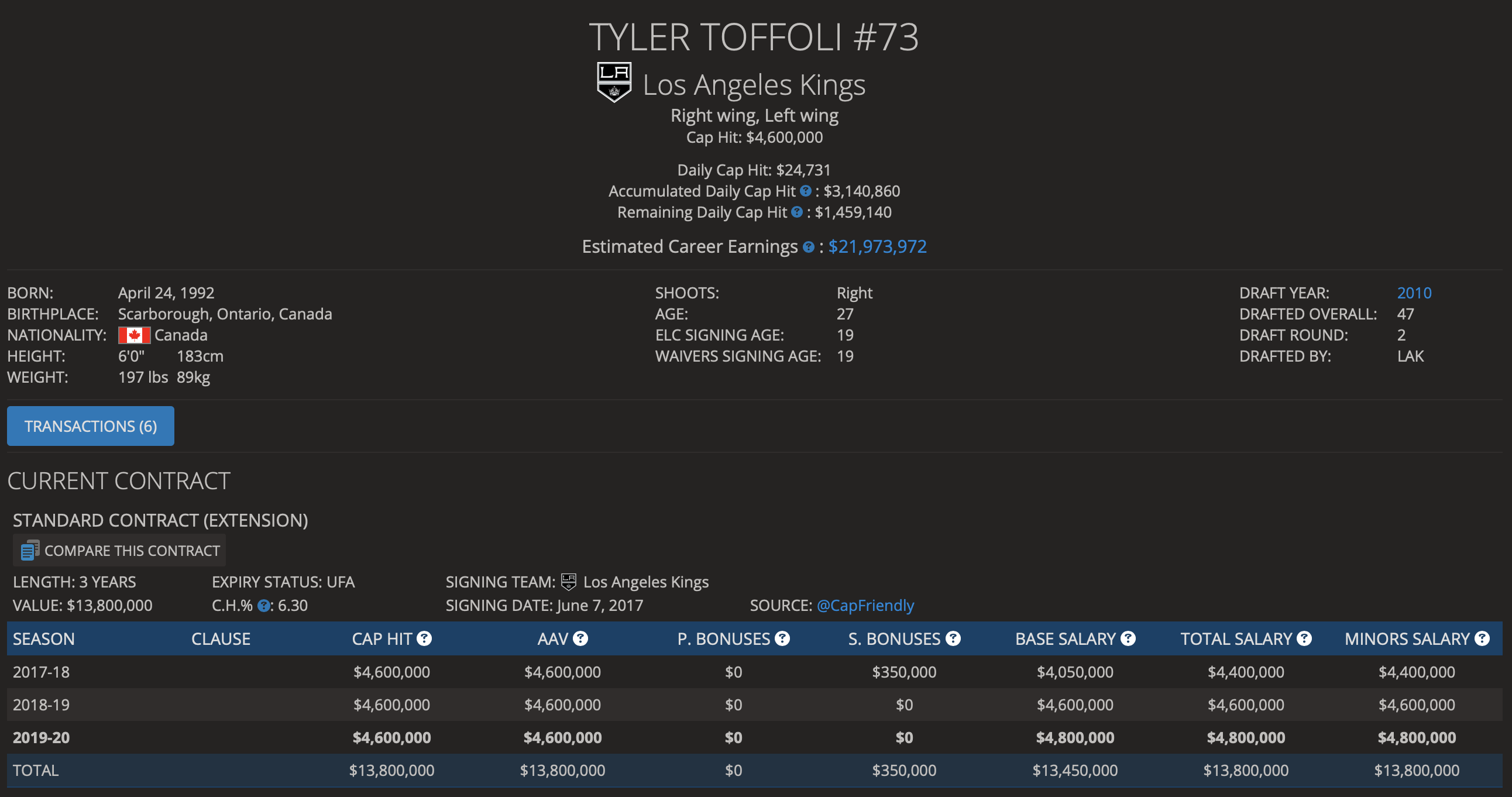 According to Elliotte Friedman on his 31 Thoughts Podcast, the Bruins have the Toffoli trade in their pocket and can make that trade any time but they might have been waiting on Kreider. If Kreider is off the market, Toffoli could join the fold soon.

Then we have Josh Anderson. He’s a big-bodied right wing who is younger than the other two and still an arbitration-eligible RFA after his deal is up at the end of this season. He makes much less than Toffoli and Kreider. Of course, he’s been sidelined since December with a shoulder injury. On top of that, his numbers before the injury weren’t great. Still, from a cap standpoint, he’s an intriguing choice for this season but possibly a problem for seasons beyond; nothing that a bridge deal couldn’t solve. If Sweeney pulled the trigger on him, he’d not have to move another player to get under the cap. 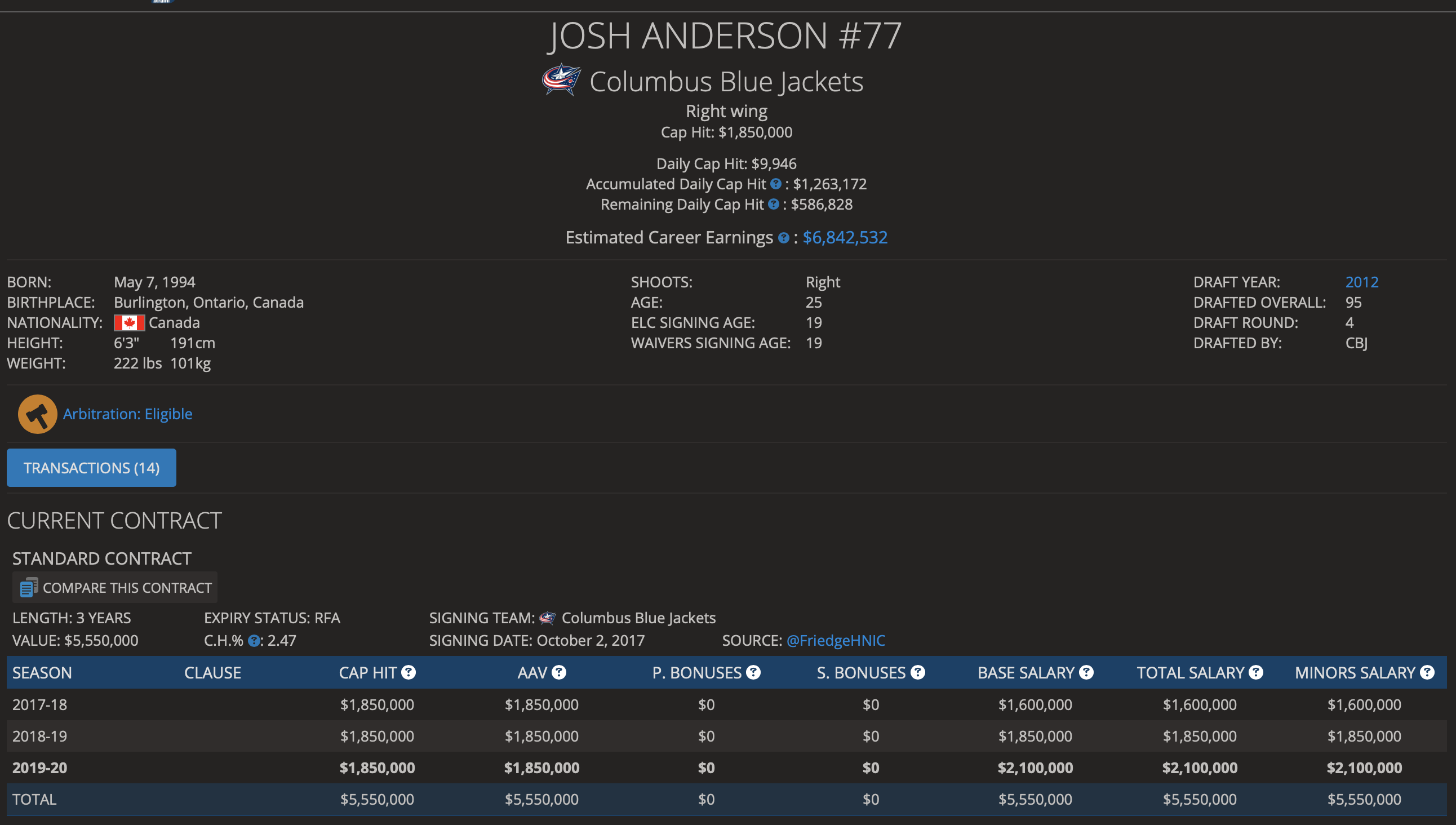 However, with the Blue Jackets currently in a wild card slot and CBJ GM Jarmo Kekäläinen might not want to trade away the winger who was a force in their opening round playoff sweep of the Tampa Bay Lightning last postseason. Darren Dreger reported that Kekäläinen would have to be blown away by the offer to part with Anderson, though reporters have been speculating that Anderson will be traded at the deadline or in the offseason.

I’d say the safest bet is that Sweeney will go after Toffoli. If he wants term, none of these players fit that bill precisely though Anderson might be the easier fit with a bridge deal as an RFA. We’ll have to see what Sweeney, last season’s winner of GM of the Year, will do at the deadline.

“[Toffoli is] a bit small in comparison to Kreider but he can really hit with the best of them.”
Does Kreider actually hit anyone who isn’t a goaltender?

Soft, freezing rain here for the last 48 hours. Living in a crystal palace!!! All the trees are loaded with ice jewels!!

We had the freezing rain this morning. Just starting to turn over to snow. Supposed to get about a foot!

Morning all. I’m day to day with a lower body injury. Thought I was at the last step of the stairs. I wasn’t. Slight pain in the back of my leg.

I can’t tell you how much i love living on the ground floor!!!!

Fortunately there was a door right in front of me to stop the momentum!

Hi!!!
Thanks for the run down!!! I don’t think i want any of those players now.
Could we give Backes some youth serum???