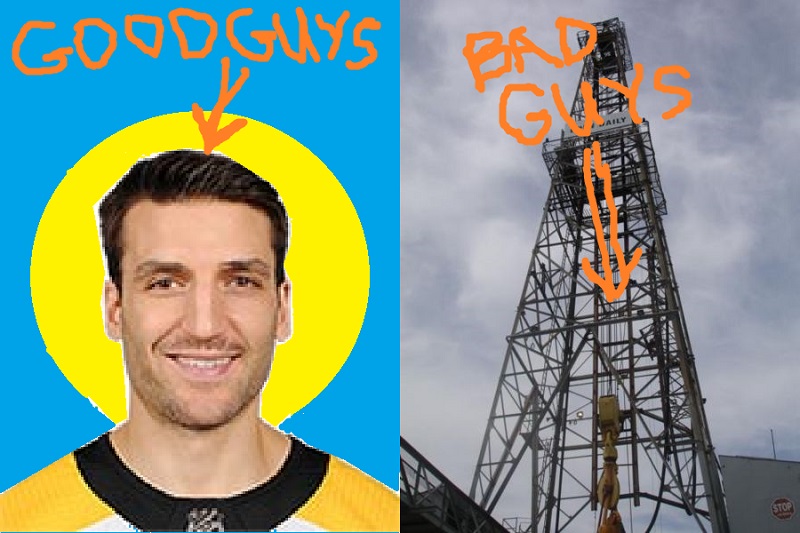 The Bruins are on the road again, out in western Canada, battling the Oilers.

The Bruins are now at 37-11-12, putting them 1st in the Atlantic, and 1st in the league, a mere 1 point ahead of the Tampa. And also 6 points ahead of Pittsburgh (who snuck past the Caps in the standings).

to duel the Rangers.
Some highlights include Jake DeBrusk trying to score by sliding into the opposing net. An awful lot of time on the penalty kill after some head-scratching situations. A shoving match between Brad Marchand and a couple of other Rangers players. A bewildering deflected Charlie McAvoy goal which may or may not have involved Chris Wagner. A Charlie Coyle shortie and a Bergeron “Bergy-doing-Bergy things” empty net goal.
The Bruins would work through a game where they were the better team and would win 3-1

🎥Catch up on all the highlights on the #NHLBruins 3-1 victory over the New York Rangers on Sunday: pic.twitter.com/bW29eyJP0a

Karson Kuhlman is back. Danton Heinen is back. Nordstrom is back.

Brandon Carlo is back, Jeremy Lauzon is back and has been extended 2 years.
Brett Ritchie is still in Providence, and David Backes is still in trade-dangle limbo.

Injured defensemen Kevan Miller (fractured kneecap) is still not close to being ready for his season debut, but has skated briefly on his own. Connor Clifton has been skating and has been sent to Providence, surely a sign that he is almost ready to return.

Tuukka Rask will be between the pipes today.

The Bruins face the Edmonton Oilers tonight.
We last saw these guys in January, where we happily watched the Bruins pound them by 4-1. They are now leading the meh Pacific Division with a record of 32-21-6 (70 points), and have gone 4-2-0 in their last 6 games, including an overtime win.

Injuries:
The Oilers have a few injuries right now, the most notable of which is Connor McDavid, who has been on Injured Reserve with a lower body injury

He is reportedly not going to be back in time for tonight’s game.
Also on the back burner are Oscar Klefbom, out with a shoulder injury, James Neal, who has been nursing a foot injury all month, Joakim Nygard – upper body (IR), Kris Russell – Concussion.
Recitivist jackwagon Zack Kassian is suspended, having kicked a player in the chest with his skate.
Naturally we feel so sad for him

(we do not feel sad for him)
Scariest Players:
Connor McDavid & Leon Draisaitl have been leading the league in points most of the season. Both are near the top in goals as well.
(h/t Daily Faceoff):

That was a great game!

They’ve got a good PK. Need to keep that puck moving.

They are big, fast, and aggressive.

That should be a penalty shot!!

Did Karson Kuhlman violate an indian burial ground?
He gets tagged for an awful lot of weak penalties.

Bergy should have had a hat trick that shift