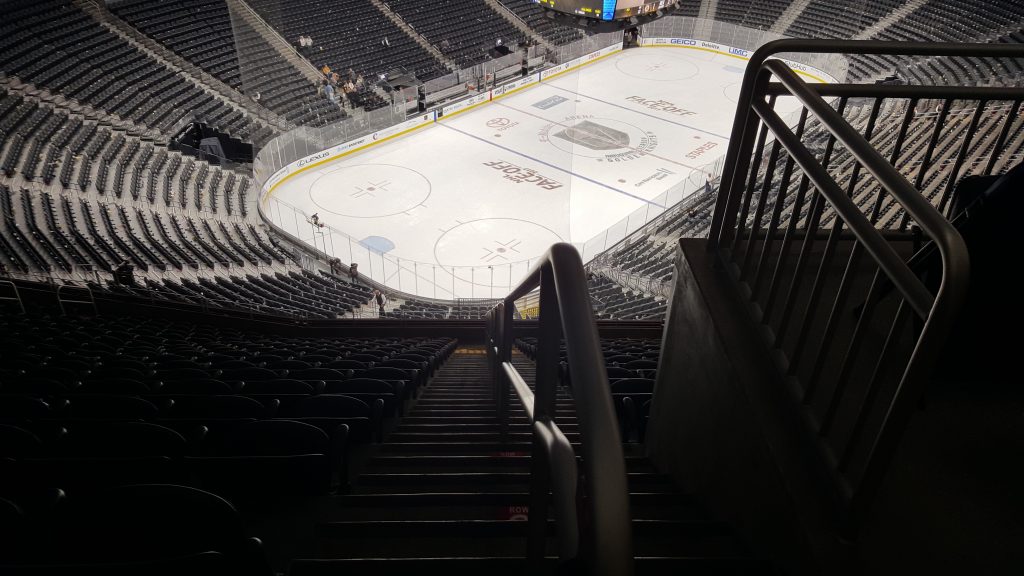 Yesterday, the NHL released another statement regarding the relative future of the 2019-2020 season. It didn’t really clarify much other than allowing for players to travel home and self-quarantine there. It also gave a cursory outline for players to return to some sort of action. 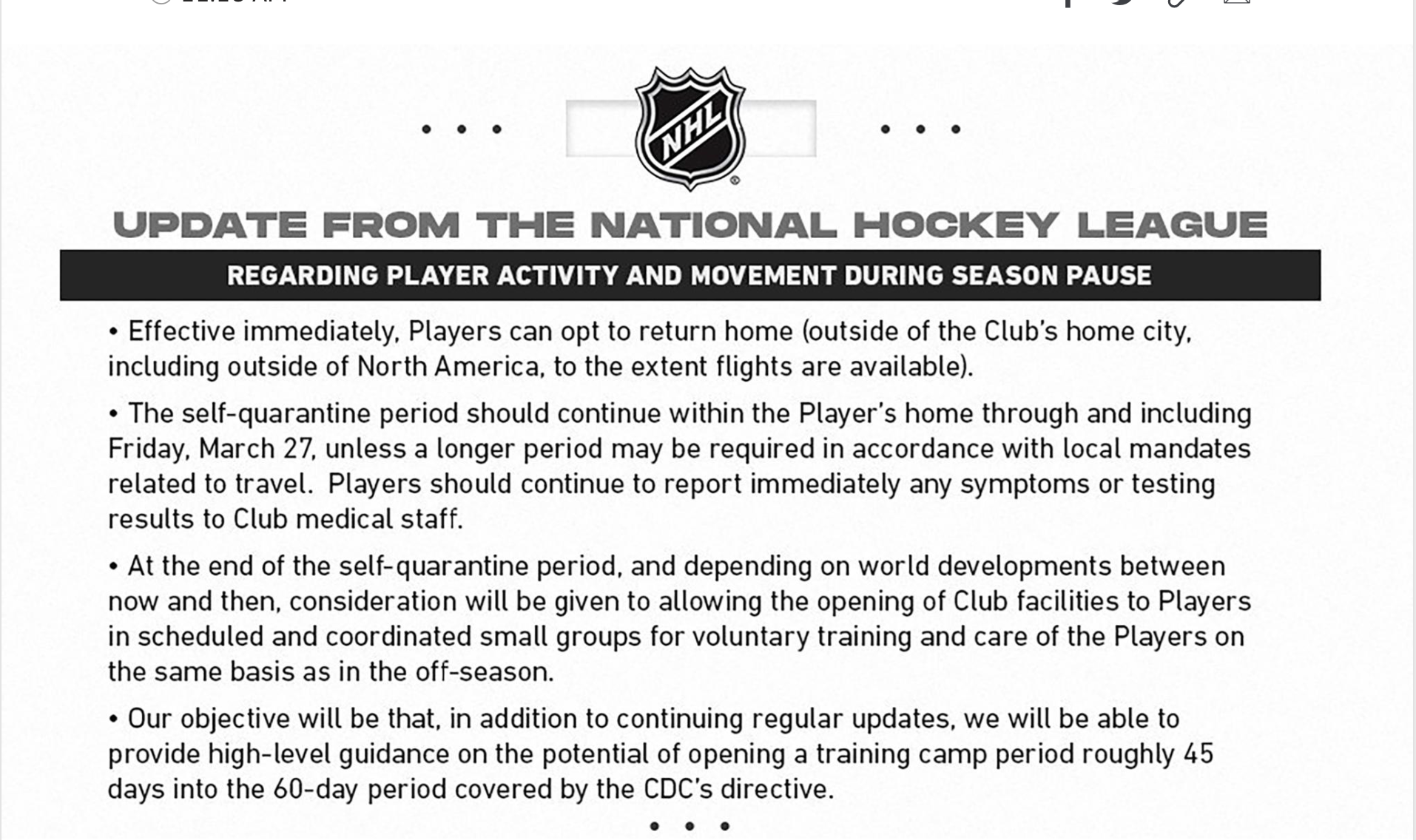 Obviosuly, the NHL would like to open facilities to the players to continue training to remain in game shape. This could happen within a week or maybe within 3 weeks. Who knows? They’d also like to open a training camp within 45 days.

NHL teams have been told that it will be at least one full week — and perhaps longer — before they can reopen facilities for players to do small-group skates/workouts.

Of course, not all hockey leagues operate like the NHL. The AHL made a difficult decision to end the season now instead of waiting it out. The logistics of continuing the season were far too much with teams having limited control of scheduling within their arenas, and travel and accomodation issues. Many affiliates are not owned by billionaires or even hundred-millionaires, so prospects for their workers, beyond the players, being paid is very slim.

Update from @TheAHL regarding 2019-20 season: pic.twitter.com/noYAnHyWYv

Speaking of billionaires, after some pressure from fans, nearly every owner in the NHL has pledged to pay their arena and concessions workers. Well, all but Jeremy Jacobs, owner of Delaware-North, which owns both the Bruins and TD Garden along with concessions for many arenas across many sports.

The Bruins are officially the only team in the NHL to not announce a plan to pay concessions workers & other arena staff. Their owner is worth $3.6 billion and literally made his money via concessions. Fucking disgraceful https://t.co/ymeIzUzUjh

Let’s end on some good notes:

Tomorrow, we will tackle the many proposed playoff scenarios that are flying around Twitter and beyond.

I know nothing about Australian Rules Football.

Always look on the bright side!

“It’s football. With rules. From Australia.
Thank you for coming to my TED talk.”
– Billy. Age 5.

Seriously, man. You should have subcontracted out to Billy. It would have saved you plenty of time.

Well, it’s not getting any better is it?

Looks like from next week my whole household is going to be working from home.

Assuming I have anything to do! Today they decided to cancel all the country’s horseracing, which is a massive blow to my company. It had been hoped it would continue without spectators at the track but nope.

That’s very disappointing about Jeremy Jacobs.
On the subject of concessions, I had a dream the other night I was at a Bruins match and trying to buy a beer. It was poured for me but then I couldn’t find the money and by the time I did they had moved on to the next customer and my beer had gone. I asked for another one and they tried to charge me for both. Then the same thing happened again… This all went on so long I missed half the match …

I could actually see Jeremy Jacobs doing that!

Morning all. This guy wins the quarantine”

CAn’t SpEAk. MiCrOWavE WiLL HEar mE.

So the folks under quarantine in China seem to be doing well pic.twitter.com/nH1khw83YX