ESPN’s Emily Kaplan is trying to build the perfect forward with the NHL’s current crop of players. And she has itemized a general list based upon skating, shot, passing, physicality, and awareness. Two Bruins’ forwards have qualified in a couple of sub-categories.

It really shouldn’t be a surprise that she selected David Pastrnak for his shot accuracy. For this season, Pasta’s shot accuracy was 17.2% . He led the league in goals for most of the season before Ovechkin finally caught up to tie him. In 2019, Pasta won the ASG Skills competition for shooting accuracy; he didn’t win this year’s because they put him in a trick shot competition instead.

This is what Kaplan said of our sweet goofy boy:

Shot accuracy: David Pastrnak, RW, Boston Bruins
Get used to seeing the 24-year-old Czech atop the NHL goal charts. Pastrnak, who does a ton of damage on the power play, is known for his accuracy. In fact, he won the accuracy competition at 2019 All Star Game. Pastrnak finished the regular season this year with 48 goals, tied with Ovechkin for No. 1 in the league, thanks in part to a 17.2% shooting percentage.

Again, Pasta is not alone on the list for his teammate Brad Marchand was selected for his wit and charm. Just kidding, it’s for his trash talking.

Trash-talking: Brad Marchand, LW, Boston Bruins
Marchand has the dubious honor of being named both the best and worst trash talker in the league by his peers, according to the annual NHL Players’ Association poll. The Little Ball of Hate doesn’t discriminate — he irritates everyone.

It’s a shame because Brad does have true offensive talent even if Chris Kelly joked that his career would go to shit when Bergy retires. But his mouth and his ability to get under opposing player’s skin is a true gift; it even made Justin Williams retire for half a year after the Bruins swept the Canes in the 2019 ECF.

Today, she’s going to build the perfect defenseman, tomorrow the perfect goalie. It’ll be neat to see if some of our guys are used.

Well, apparently the dog is a giant ball of topical infections. We took Boomer to the vet yesterday, and they gave us antibiotics and ear-drops for his ears, ointment for one of his eyes and desiccant for his paws. He was not very enthusiastic about receiving these treatments.
I had to do more work after the appointment, so I’m in my basement office with headphones on, listening to on-line HR training, and I keep hearing all kinds of jumping and yelping sounds. Not wanting to stop the training stream and having to start the whole session over later, I kept going through it, and the sounds never stopped.
It seems that Boomer did not like GH washing his paws. Cleaning his ears was no better, and putting ointment in his eye was a struggle.
The next 10 days are gonna be a chore.

That’s tough anytime, but Boomer is still in transition. I hope it goes well.

Shelters do great things, but can be vectors for all kinds of pet ailments.

We’re going to get through it. We got the eye done relatively easy this morning. I’m confident that if I’m tricky about it, that will go much easier.

I feel like theymissed an opportunity because the Perfect Forward is already there. 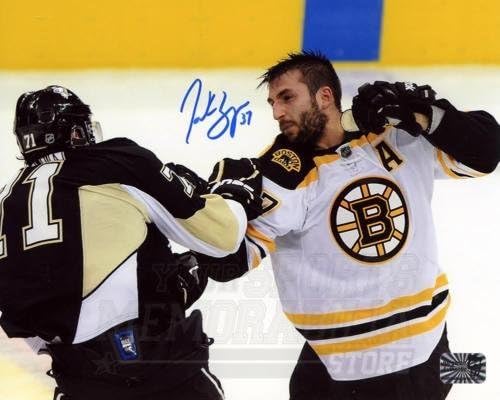 Morning all. Either the walls are pretty damn sound proof or I’m the only person living in this building.

Momma fox and four kits playing in the meadow this morn. Running around and playing grab ass like crazy. It’s a welcome relief to watch them.

Nice! Were they Fox in Socks?

Good Morning!
Yup, B rad has so much to offer as a forward… His ability to dangle is even sharper than his rapier like wit. His shot accuracy ain’t bad either…. He picks the top right corner from the left wing as well as anyone….
Work, work, work this week. Getting ready to move while keeping up the property here and a couple welding jobs… I’m still exhausted from yesterday. Time to do it again!!

Yep, can’t think of many current players you’d back to make opposition players look daft better than Marchy. He’s got all the fancy moves!

Well, almost all the fancy moves!

Hahaha! True perfection has to be imperfect!