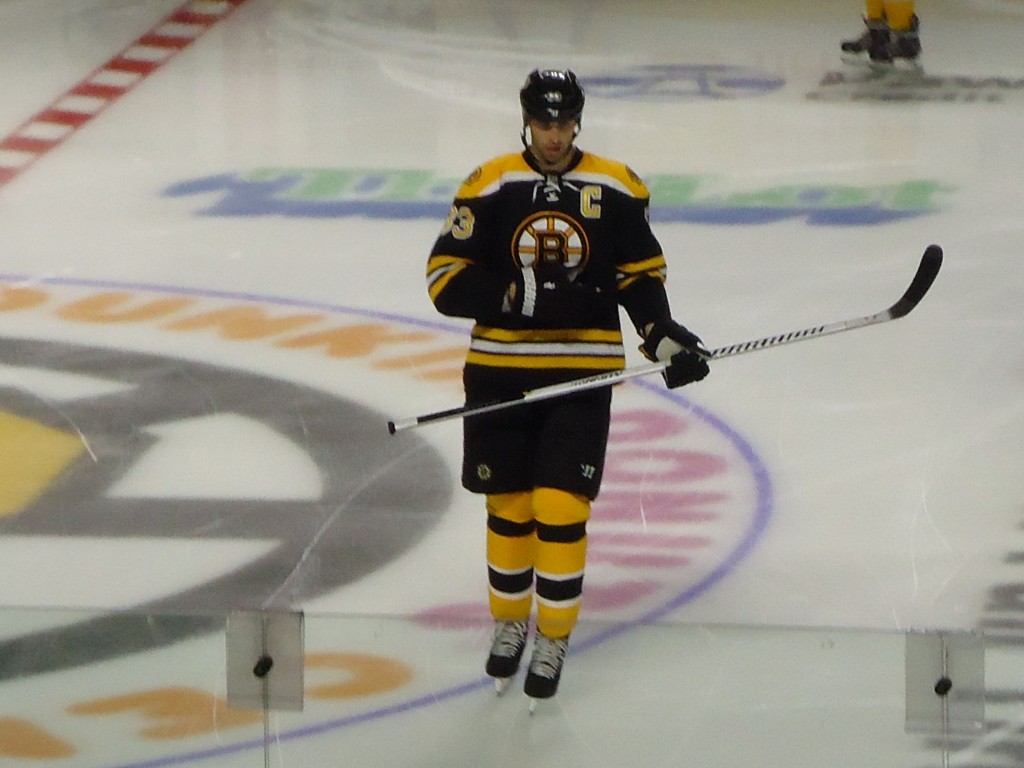 One of the expectations of this part of the season was that Bruins captain Zdeno Chara would get a new contract.

Ok, there was a brief period after the playoff run ended where it seemed that he might not want to come back (thank you Doc Emrick for feeding that rumor with little cause), but the 6’9″ defenseman has been pretty consistent since then that he wants to continue to play. And if one watched the playoff run, one would be forced to conclude that yes, he could still play competitively as an NHL D-man.

So why has he not been signed to a new contract? Has he not gotten interest from the teams?

Asked agent Matt Keator about his client Zdeno Chara. Keator says numerous teams have reached out today on the future HHOFer. Keator says Chara will take his time. In no hurry to make any decision. Will decide in due time.

Ok, he HAS gotten some bites on his availability.

And he is being a bit deliberative in the process. Fine, fine. But the window to sign a deal is limited. Has he not gotten an offer that is an obvious “yes”?

If he was willing to take a $2M deal for last season, it would seem that a Bruins offer of really any sort would be rather desirable – a team he knows, he’s got a home in the area, he’s been grooming the younger players, he won a Cup here, and he’s the team captain!

For the record, I have no clue if Zdeno Chara is back. Sweeney's answer when asked about him last week made me think they may move on, but honestly, sifting through the word salad always seems futile.

Said comments from Bruins GM Don Sweeney went something like this:

“And Zdeno’s part of that conversation. We continue to have the conversation with his group and allow him the latitude to make some decisions accordingly.

There’s communication between the two sides and again I’ve had a great deal of communication with Zdeno and his representative, Matt Keator, to make sure there is no ambiguity in terms of that, and whatever Z decides to do, ultimately he’ll tell us. We’ll react accordingly to that.
We have our own feelings as to where these things will go. We’ve certainly relayed them. We’ll continue to relay them. As I’ve mentioned before, he’s an iconic player, a person and a leader, and things that we want to make sure that we’re dealing with this with the utmost respect as we try to treat all our players with and communicate it as effectively as possible. Like I said, we take a lot of pride in that, making sure that there is really, no really unanswered questions in that regard or ambiguity.”

That sounds like a pretty unenthusiastic response.
awww, c’mon Sweens, get it done!

Morning all. Dear Sweeney, please sign Z. Thank you, Me.

Bring the big guy back! Please.

I’m guessing that Z got more lucrative offers from other clubs and is waiting to see what plays out in Boston, while Sweeney probably gave a low-ball 1 year deal and is just letting it sit there.

I’m taking a look at the remaining UFA market, and it isn’t great for left-D.
At the high end money-wise there’s Andy Greene, Sami Vatanen, Karl Alzner – who played 4 games last season and got bought out, Cody Ceci who forgot how to take shots while he was in Toronto, Dimitry Kulikov, Jonathan Ericsson
Vatanen, Kulikov & Ericsson all had negative +/-

Vatanen & Ben Hutton are the only guys who have better offensive numbers than Chara. Ceci & Ron Hainsey are the only ones with decent +/- (though most of these guys were on bad teams). I think Greene would be the one guy I might pay actual money to. (I’d take a flyer on Vatanen as a puck mover). I always thought of Ceci as a well rounded player who could score a little, but I think Clifton is probably a better bet.

Yeah, he’s a decent guy. Chara-lite, I guess. Decent size. I wouldn’t be sad to see the Bruins pick him up. But he gives the puck away a bit too much, and I don’t see him opposite McAvoy on the top pairing. Unless Carlo can swap sides, we don’t have a good fit for that role.
* pulls hair out *

I always get the impression he wants to stay in Boston. His family is settled there and it’s all his kids have ever known. Does he really want to uproot them for the last year or two of his playing career just for a few more bucks?

I want him back because HOLY POOP we need left dmen

Lauzon, Zboril, Moore not doing it for you?

Yeah, I made myself sad.

30 Rock has the best human to human consoling clips

“Don’t be cry” will never not crack me up.

Hey All!
Seems like a no brainer – sign Z. I feel that the Bruins might wait until they’ve explored free agency a bit more. So, I didn’t want the Bruins to overreact to the playoffs….. no worries. They haven’t reacted at all! Someone check Donnie for a pulse, please.
Hoping to surf today!!!

Do you have any tidal bores on any river near you? I read there are about 100 rivers that have them, but 20 are in England. There’s one that goes through Worcester that people surf on. Looks like it might be fun.

The tidal bores are in Maine. The Sheepscot and another river. I have yet to check them out