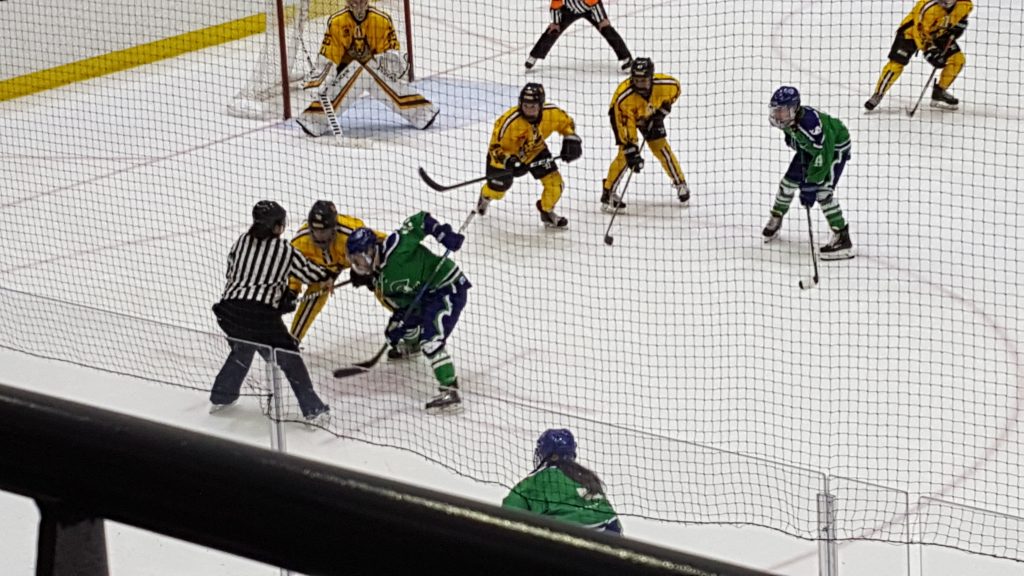 The Boston Pride host the Connecticut Whale on January 12th, 2020

As you may know, I am a season-ticket holder for the Boston Pride NWHL team.
Well not this year.

On November 25th, the league announced their plans for the 2020-21 season. Starting in late January, the season will begin in a bubble of sorts.

In order to avoid spreading COVID-19, the season will be kept short and localized. The teams will all travel to Lake Placid New York, to the Herb Brooks Arena – sacred home to the 1980 Winter Olympics, and the famed “Miracle On Ice” – when a team of U.S. mens amateurs defeated the best that the Soviet Union had to offer – a de-facto professional hockey team that was highly rated – (and oh yeah, the Finnish team) to win the gold medal. There, the NWHL teams will play a mini season, with each team playing 5 games – one against each other team, followed by a 3 round playoff to award the Isobel Cup.

Technically, the Isobel Cup was not awarded last season, as the dominant Boston Pride and the contending Minnesota Whitecaps were scheduled to play for the championship after winning their respective semifinal games, but the game was cancelled as COVID-19 was spreading and the league did not want to be responsible for a super-spreader event.

This season, players will be tested regularly, but there is no sign that they will truly be isolated beyond having to live in remote Lake Placid. There will be no fans allowed at the games – though presumably there will be a Twitch stream or two.
Season ticket holders have been given the option to receive a refund or to have their tickets reserved for the 2021-22 season.

It’s disappointing that the season isn’t being played normally, but at least the players get a chance to keep in shape and get paid.

We got a small Xmas tree that we’ve placed on our giant kitchen/living-room island.
We’ve got lights on it, it is pretty and festive.

Now I get confused each time I come up from the basement – it sits between the stairway and the living room TV, so if I want to understand what is going on on the tee-vee, I need to stop, and crane my head around the tree. It makes me feel like I am stalking the living room residents as I stop and duck/bend over just before I come into sight.

Thank you IW for taking over today. I was too busy spreading holiday cheer to remember to write something.

Went shopping this morning, came back to the car and found a screw stuck in tyre! Guess I must’ve driven over it.

Worse is that it’s not my car. But the lady it belongs to currently has a broken ankle so she can’t use it anyway. Swings and roundabouts!

Tires are just like that, running over things and getting stuff stuck in them.

(Can you tell renewal season has my brain fried?)

Naah, it’s the kind of bubbles that keep you safe

That’s going to be stuck in my head all day!

Had a bit of a glitch this morning. There’s a couple of stories out there in NHL space, but this was one I could deliver on short notice.

Any opener works with this crowd!

Good Morning!!
The NWHL is being smart. The NHL is just too big to try this method outside of the playoffs.
I hear the owners and NHLPA have put aside the money differences for now. Looks like a mid January start and 54 – 56 game schedule. Tjey want to wrap things up before the Olympics that aren’t happening as NBC has the rights to both.
Still chasing the chill out of my bones from yesterday. The railing will be inside someday, but my work has to happen outside. The views (all the way to Hunter Mt, NY ) are spectacular. If i could stop shivering long enough, i might enjoy them. Warmer today, i hear.

Ooof, working outside right now isn’t a lot of fun. Every time I do anything outside, I wind up with my fingertips swollen & frozen. Do you need to drag a table saw or planer out with you to do that work?