In an announcement that stunned no one, Kevan Miller retired from the NHL yesterday. When he stated on Bruins break up day that he needed time to talk with his family about his future, the writing was on the wall.

Thank you Millsy for 8 incredible years. You were the ultimate warrior and an inspirational leader who embodied what it means to wear the Spoked-B.

Coming back from a devastating knee injury after a collision with the boards in his injury-plagued 2018-2019 season, he played in 28 games last season. His physical presence and defensive skill were greatly missed while he was recovering over the 21-month span that saw him receive an additional 3 surgeries to his surgically repaired knee. During the COVID shortened 2021 season, Miller managed his injury through maintenance days and taking no additional morning skates. That didn’t stop his woes: a staph infection in his foot kept him out of the lineup for a long stretch starting around the Lake Tahoe game and well into March.

Don Sweeney took a gamble on signing Miller last free agency period with Miller betting on himself for a lower salary and more bonus-laden structure. The only bonuses he didn’t get was his games played for 30 and 40 games ($175K). With his back luck last season, it was less likely that Miller would be signed again, even though the Bruins need experienced defensemen. As it turns out, he knew that his body wasn’t in it anymore. 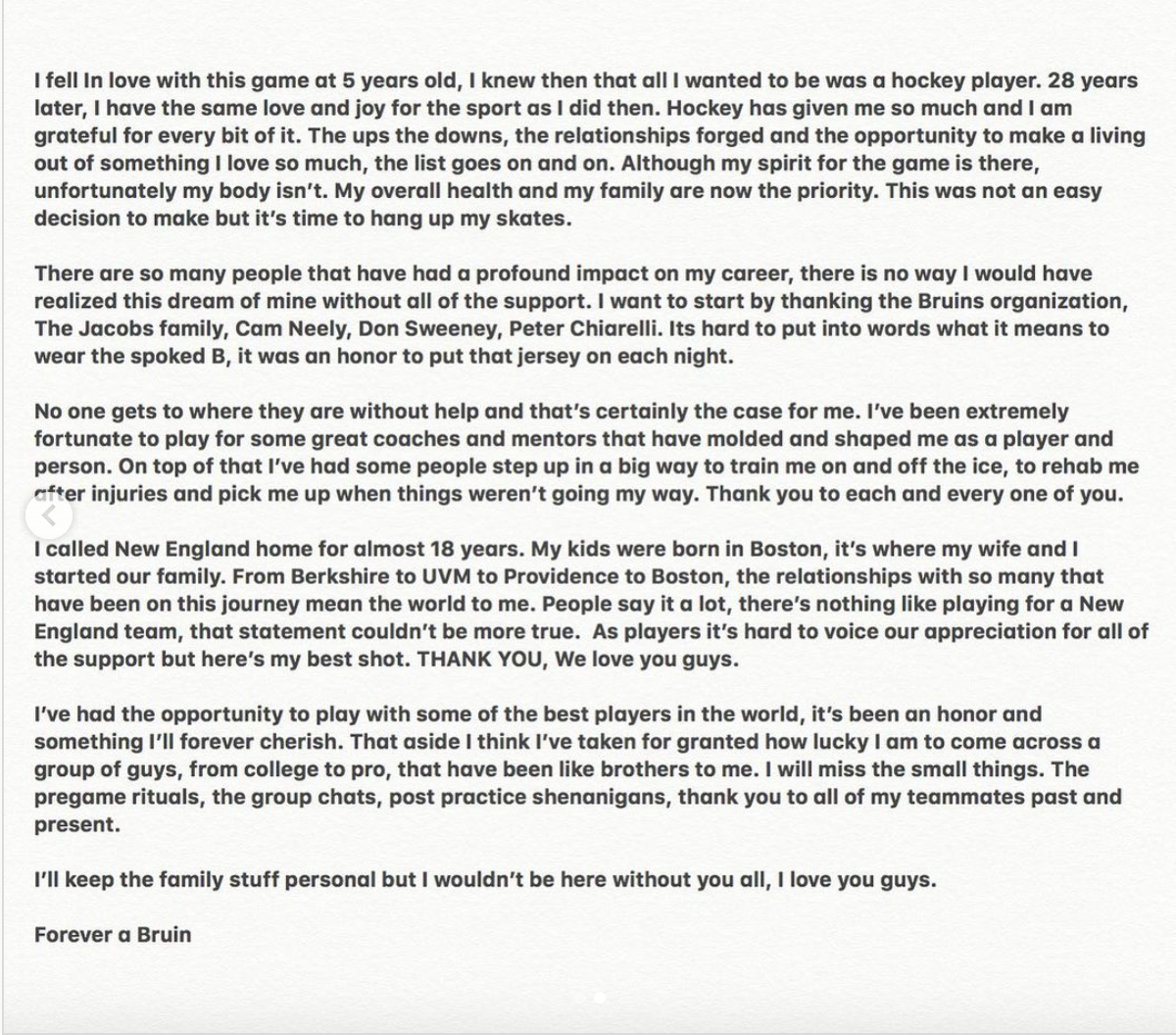 He will be missed.

One rafter’s swim through Dragon’s Tooth on the highwater holy schnikees!

Sorry, but if you look at that water and think it’s a good idea to go in there’s something wrong with you!

Sad to see Kevan move on, but he was barely keeping his body strapped together this season.
Mind you, aside from his concussion history and recurring knee issues, he’s probably in better shape than I’ve ever been in my life, but he’s really not been in NHL-shape with all the muscle issues.

Bruins need a plan to replace him on the roster. He made a big difference when he was around. Tinordi was good in a pinch, but there is an upgrade needed.

Moring all. Co worker has been out on vacation so I’ve been covering in the office every day this week. Good lord it’s exhausting! How did we do this in the Before Times?!?!

Good morning!
Somehow never pastaed my comment yesterday. Aww, I have been a fan of Kevan Miller all the way. A true warrior!
About Suter – yes! There are a couple other guys out there including Dougie Hamilton, Gologoski, Savard, Montour, Cody Ceci
With Miller gone, there are a couple spots to fill on the D. I think signing Reilly is a good idea, too. I guess we have to wait for the Kraken to narrow the choices some.
Took a look at my helmet yesterday. Wow! It’s banged up. Shopping for a new one as an impact like that weakens the helmet. Neck is still sore, head mostly okay.

Sweenius has done some good deals – this is perhaps the best of them. Need to hope he stays healthy.

That is tomorrow’s MFA, already written. Yesterday was a busy writing day for me.

Take care of yourself!

Thanks. Thought about boating today, but going to give it another day or two

Yeah, definitely need to sign Reilly. He wasn’t everything I thought he was after seeing his first few games as a Bruin, but he was definitely a better option than Zboril or Kampfer.

Kampfer was pretty good as a 7th D, because he would usually play well if he came in cold, though Moore probably would have been better. But he wasn’t good enough to be paired with a weak partner for any stretch of time. The Zboril-Kampfer pairing couldn’t reliably get the puck out of their own end, and made a bunch of costly goofs. It will be interesting to see if the Bruins can build back the D in free-agency after those two losses, or if any of the other guys step up. (Does Urho get lessons from Marchand on how to be a small player for his position yet not get knocked off the puck? Does Ahcan learn to be more aware of the situation around him?)