Morning Free Association: Which Dumb Thing Are They Doing NOW?

The NHL will occasionally surprise us by doing something responsible and well-meaning, like the “We Can Play” initiative, designed to encourage inclusion and diversity at lower levels of hockey. 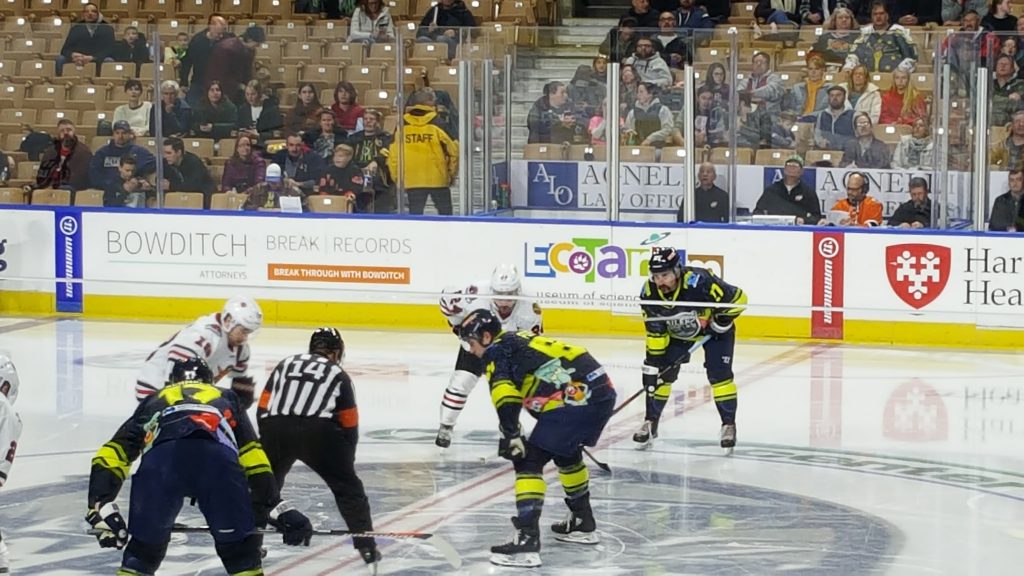 But mostly they do things which are either really dumb, or really greedy. Or both.
Well Sportico is reporting (and espn) the latest dumb greedy thing the league is doing.

Apparently this was agreed to at the most recent board of governors’ meeting. Unanimously.
For now, it’s starting small – a single patch at 3 inches by 3-1/2 inches in size. This is larger than the NBA recently began allowing, but obviously smaller than some leagues. The fear is that once you give 3.5 inches, the floodgates are open, and the ads get bigger and bigger until they begin to obscure the information one wants to see on a jersey – team name, logo, city, player name & number. (I’m looking at you, “Fly Emirates” sports club in whatever sport and whatever city that is.)

This is actually not the first foothold of advertisements on NHL uniforms. In the 2020-2021 season, the NHL sold advertisements on the team helmets, and reportedly pulling in >$100m of revenue. They claimed at the time that it was to offset revenue loss for ticket sales lost due to COVID, but there are no plans to remove those ads now that teams are opening their stadiums again.

Certainly, the AHL, ECHL and NHWL have all given in to the need to add revenue by allowing advertisements on their uniforms, but some are more aggressive than others. For now the North American minor league teams seem to have constrained the ad space to one or two ads per uniform – perhaps one on a helmet and one on a shoulder or chest. Barely noticable on broadcast, and not part of the gear sold to fans. European leagues are not so discrete. The Swedish league in particular, is notoriously liberal about selling ad space.

Hopefully things don’t get that ridiculous around these parts. Either way, we get another year of reprieve – this decision does not go into effect until the 2022-2023 season.

If anyone needs new sneakers and wants to channel their inner Ned Flanders, Adidas is coming out with these:

I was expecting Assassins!

Morning all. Yay for hot water this morning!

It was hard to leave Nugget this morning. She was very adorable curled up with her baby Gritty.

Our showers still aren’t done and the one next door just started a remodel! We stink! Swimming tonight no matter how cold! Bringing my Dr Brohners

I sense an “ice-bucket challenge” in your future…

Good Morning!
The ads don’t bother me, TBH. I’m usually super old school ( or old, for short ), but put as many ads on as you like, IF….. and that is a big “if” it helped keep ticket prices down. We all know that is not happening…. Corporate profits drive it. Ticket prices will still be be based on supply and demand..
About to mix a work and play day up…. I just need to emphasize the true priorities to Jo.

A couple of patches is fine. As long as the gear doesn’t get cluttered like a NASCAR jumpsuit it won’t be too bad. I just want to make sure the gear at fansided/pro shop isn’t going to have ads on it. If it does, well I ain’t buying any of it.

I haven’t checked the Arsenal FC equivalent of a pro shop, but I assume their fan gear is also an Emirates Air advert with a tiny club patch on it. That’s even worse than the Tommy Hilflinger clothing from the 80s & 90s that had “TOMMY” stamped all over it in giant letters. Reminds me of that boy from high school, Calvin Klein whose mom stitched his name on the back of his clothes.

I haven’t checked the Arsenal FC equivalent of a pro shop, but I assume their fan gear is also an Emirates Air advert with a tiny club patch on it

Honestly if you hadn’t just told me I wouldn’t have remembered/noticed there were ads on the players’ helmets last season. Sponsorship is more more the norm in sports over here, of course, and I do like the clean look of US sport jerseys, so it would be a shame if they let it get out of hand,

Covid tests done and sent off. Fingers crossed. I bought myself a new Panama hat last week as it’s usually roasting this time of year in Slovakia. Weather forecast this morning said rain everyday! I will have to work two days while we are out there, and last week there was a storm which knocked out the power to the in-laws’ village, so that could be fun!

Next door have got a puppy. A little Cavachon. She is super cute. I think Leah might be spending more time over there than with us in the next few months!

The puppy debate rages on in Monrovia! We both love dogs and freedom! We need a neighbor like yours’

I’m still traumatised by the budgie experience – happy to interact with other peoples’ animals for now!

On holiday we went to a wildlife park. They had a troupe of ring-tailed lemurs. Really entertaining to watch them play and sunbathe, but I bet they get sick of little kids singing “I like to move it move it” at them!

You can come and borrow Boomer for a week

Ha! Yeah, you won’t see much of Leah!

Wasn’t familiar with the breed – had to look it up. Those things are pretty cute. They must be disgustingly sweet as puppies. I’ve run into lots of the Cavalier Spaniels around here. They are tempting.
But I think if we were to stray from Pit Bulls & their ilk, we’d probably jump to miniature goats.

You know how I feel about that