Sunday afternoon, they both cleared.

Both players are still contractually Boston Bruins while being assigned to the Providence Bruins. Even though both players will be paid their full 2021-22 salary ($1.525 M for Wags, $2.75 M for Moore) the team will save by burying $2.250 M in the minors. Wagner’s cap hit is different from his salary, so his cap hit will be $225K. Moore’s will be $1.625K.

Either player can be recalled if the Boston club needs them but they would have to clear waivers to return to Providence.

So what does this mean? It means that the roster is pretty much set. According to our friends at Cap Friendly it looks like Wagner got beat out for a fourth line spot by Karson Kuhlman, who may or may not return to Providence after Curtis Lazar recovers from his upper-body injury. Jakub Zboril is currently the 7th D instead of Moore.

🎥 Per Coach Cassidy, Curtis Lazar is considered "week-to-week" with an upper-body injury: "Hopefully it's on the short end of that…give him a few days and we'll have a better idea." pic.twitter.com/QBVeef4RR6 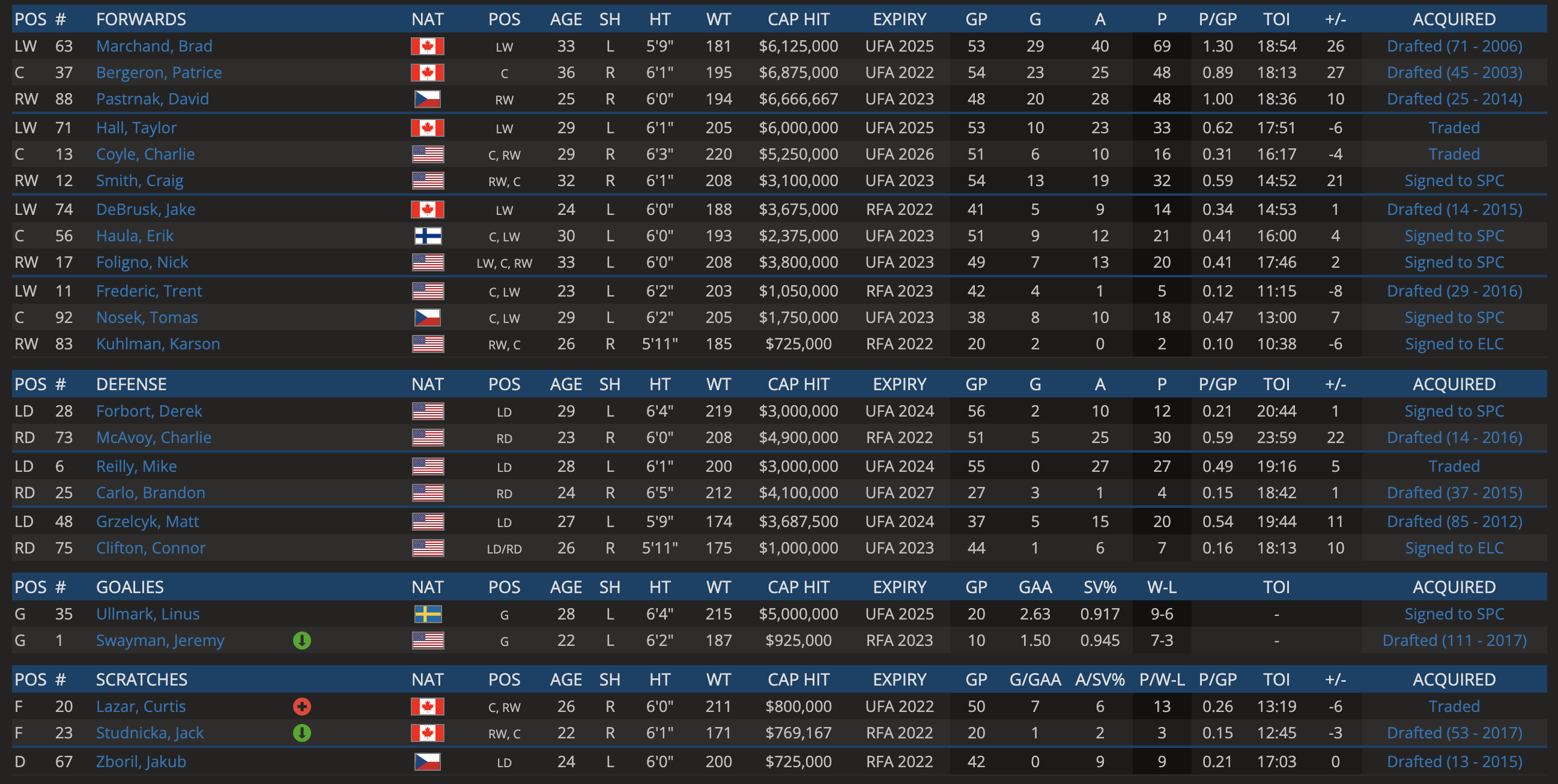 Morning all. One of the cows at the farm behind my apartment sure had a lot of opinions yesterday. Lots of loud mooing all day.

Oooh, nearly there – Saturday night the first game, right? Quite a new-look roster, I’m looking forward to see how they shape up.

Good morning!
Aww, always liked both those guys and they will probably return at times.. They are good insurance depthwise. Time for younger, faster, better players to take those spots.
What a weekend! Fall colors, food, music, whitewater, and most importantly, friends! A great way to wrap up summer!

Summer’s just about hanging on here. Sat outside in the sunshine a bit this morning, but needed three layers!

We had to dress warm Saturday night, but fall waters are surprisingly warm. One young boater invited his parents. They came up and camped/ partied at our local pirate camping spot. I’m always amazed at the clean up effort made after weekend camping….you’d never know anyone had been there!

The weather and foliage were absolutely perfect this weekend! And A LOT of people came into the Valley for the weekend! It was the busiest I’ve ever seen it here for a fall foliage weekend. I got a good chuckle Saturday when I was leaving work. I passed my upstairs neighbor who was looking for a parking spot so he could go to the grocery store. I thought “I’ll probably make it home before he finds a spot!” Two seconds later he pulls up next to me: “I gave up, want a ride home?”

Sounds like the mood is a bit more relaxed there now, about Covid stuff, I mean. It is here for sure – virtually back to normal. I still wear a mask on public transport and in the supermarket, because they ask you to (on a sign, not verbally), but I’m in the minority in that, even.

Yeah, it’s been feeling more like the before times. And same on the masks. I still mask when I go the store, post office, etc. You definitely see more masks on store employees and less on customers.

I still wear a mask in the supermarket and other crowded places. Charlemont, Mass has made masks mandatory regardless of vax status. That’s fine with me, but our Trump weekend neighbors found the policy oppressive and were looking for another town to shop in… :-D. We don’t have many towns, sorry!