Morning Free Association: It Was a Good Weekend

The Islanders have been an impediment to the Bruins for the last few years. Once Barry Trotz took the helm, his brand of defensive play has often stymied even the best Bruins scorers. Not so on Saturday. It’s like the B’s took all of their pent up issues and took it out on the Isles. And it was beautiful.

Though the score was 6-3, the game was never really that close. Linus Ullmark made some great saves to keep the Isles to 3.

Later Saturday night, the Toronto Maple Leafs who also shared 2nd place in the division with the Bruins, played the Montreal Canadiens and lost 4-2. As Satan81 and i like to joke, the Leafs need 5 goals to win. They would’ve needed to do that and failed.

After the Leafs’ loss, the Bruins were the sole resident of second place in the Atlantic. 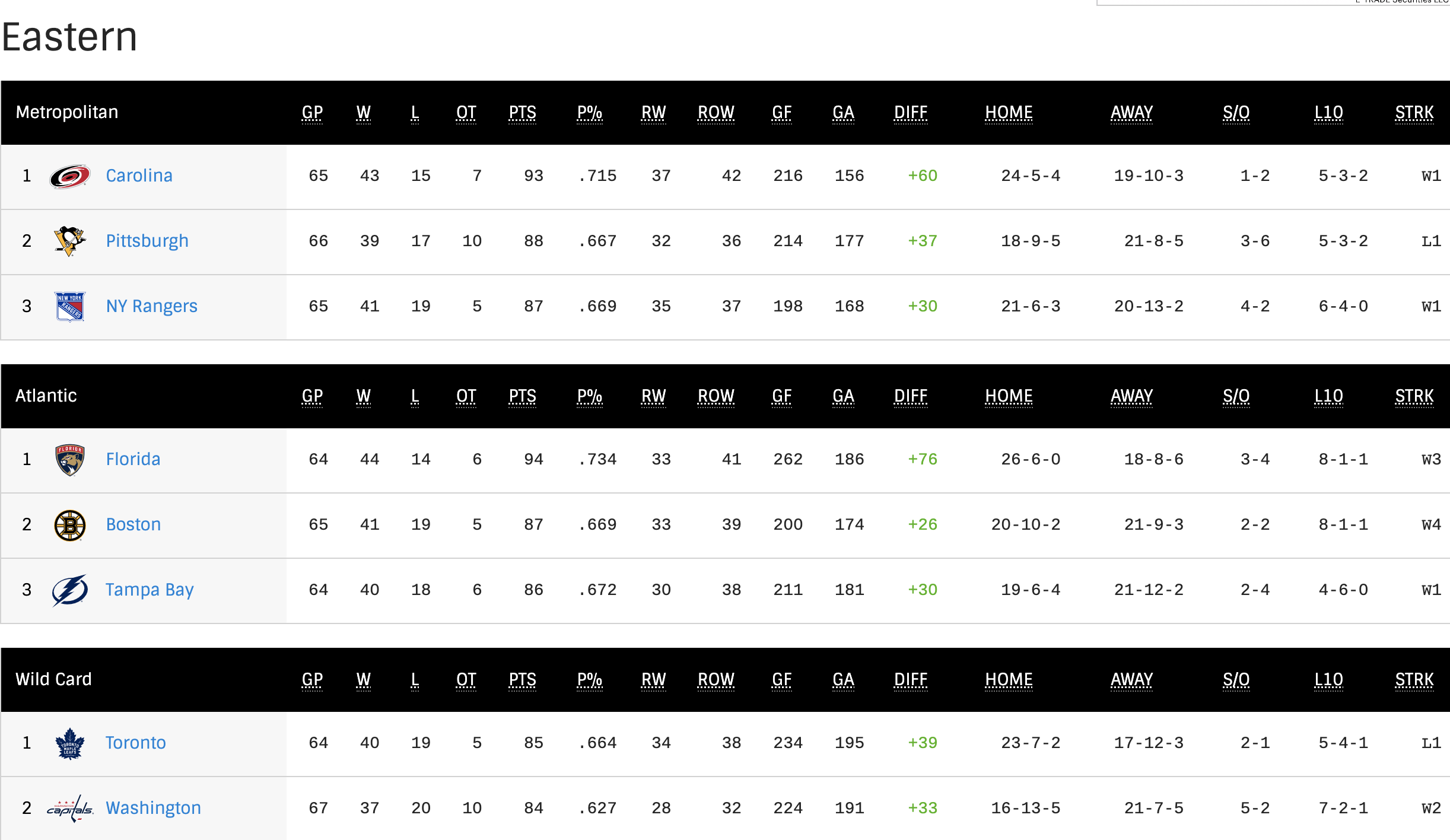 Of course, that was short lived. Toronto managed to beat the Panthers on Sunday night and Tampa Bay annihilated the Isles allowing the Bolts to leapfrog the Bruins and Leafs for second. All three teams have played the same number of games and one point separates the Tampa Bay from both Toronto and Boston. Boston is in the Wild Card 1 position only because they lost the tiebreaker on regulation wins (RW); Toronto has 35, Boston 33. They both have the same regulation and overtime wins (ROW).

This makes Tuesday nights game at the Garden between the Leafs and Bruins all that more interesting. As if it wasn’t going to be in the first place.

Can you tell it’s 12 degrees this morning and I’m less than thrilled?

Soon after I woke up, a snow flurry started.

It’s done now, and the snow is disappearing with the wind, but FFS!

We had a bit of a dusting. Nugget was thrilled with the return of the snow plows.

I wanted to say say eff this and go home on my walk but I was walking to work!

Good morning!
Yup, nice to see the Bs win a game against a pesky opponent.
As Satan81 and i like to joke, the Leafs need 5 goals to win.
This checks out! Watched some of the Leafs/Fancy Cats… disappointing…. unless you consider that, hey.. Florida can lose. Bruins need to keep on winning… Tuesday would be a good one.
Quiet weekend for us. Watched a bunch of hockey . Really liking Lindholm. Binged on Mrs Brown’s Boys Saturday. Laughed ’til my stomach hurt several times.

Watched some PHF (NWHL) action this weekend. For a team that stumbled going into the playoffs, the Pride seem to have figured their shit out. First a 6-0 pummeling of Buffalo, then a 5-1 beat down of 2nd seed, Toronto.

They’d had a power play scoring percentage of ~5% during the regular season, but they went something like 5 for 8 this weekend.
The championship game is tonight on ESPN+/TSN2 at 9pm EST against the #1 seed Connecticut Whale. I have much excite.

Good luck to the Pride! I enjoyed the women’s hockey at the Olympics, although it would’ve been nice if it was a bit more competitive!

Yeah, the nations outside of the big two have come a long way, but there is still a ways for them to go. I would have expected Sweden to fare better, as they do have a decent women’s league (the SDHL), but we shall see.
The O.R.G. guy still has a women’s team in China – the Vanke Rays, in the women’s division of the KHL, but it’s made up of ~65% North Americans, (often with Sinofied jersey names) so the talent pool available there isn’t very deep.