Morning Free Association: WTF was that? 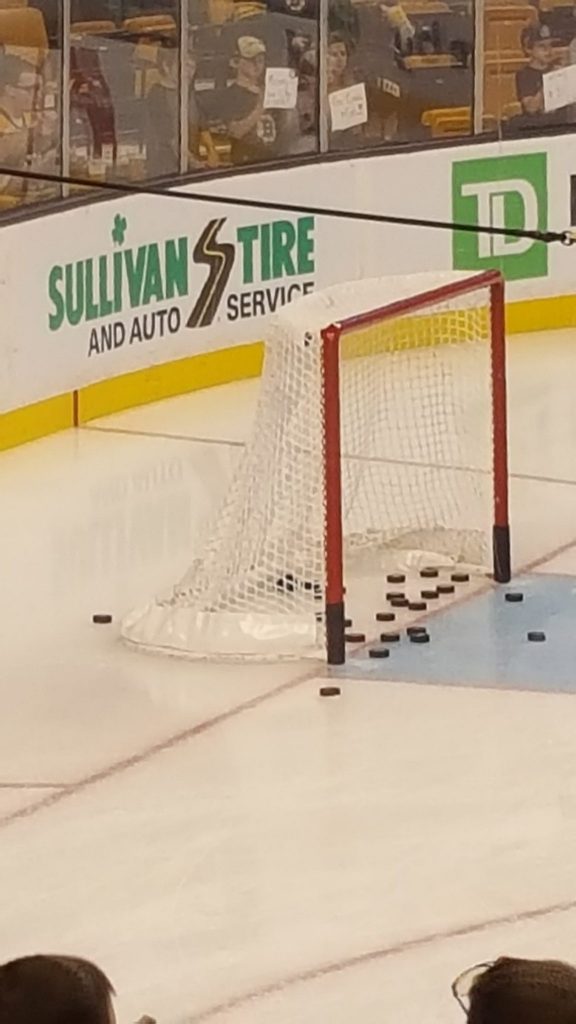 Have you ever watched a game and thought to yourself, “What the fuck am I watching? And why the fuck am I watching it?” That was me, last night watching the game in the stands. Once I had hope and that slowly diminished over the course of two periods. It came back briefly in the third only to die out once again.

Did you hear chants of “Bullshit!” during the game? Yeah, I engaged in some of that because the refs were bad last night. One was so bad that I shouted that he was bad at his job and deserved to be fired. What I neglected to say to end that was “into the sun”. Whenever a ref was in doubt, they either threw a Bruin in the box for something or both players when only a Leaf was responsible and it was annoying.

taylor hall with the only penalty pic.twitter.com/UCyxz44mO5

Perhaps the worst thing perpetrated against the fans, besides the amount of Leafs fans allowed at the Garden, was the the team played poorly. So many turnovers. A rough night for Brandon Carlo, Matt Grzelcyk, and Connor Clifton, who may have to sit after this one. Cassidy started scrambling the pairings so Grizz played on all three pairs during the game. And young Jeremy Swayman had the worst night of all, allowing 6 goals on 25 shots, one of which was a PPG. The poor guy looked dejected after being pulled to start the third. Linus Ullmark was a perfect 7-7.

David Pastrnak buries another one on the power play.

Jake DeBrusk using his feet for the goal: pic.twitter.com/4agUM9y6dV

Then the final insult was the refs calling Taylor Hall’s goal back for goalie interference. Bruce Cassidy challenged and it was reversed. We had had enough.

And Brad Marchand was given a 10 minute misconduct for some reason to start the third. WTF was that about?

Was it angry enough? I feel I could have belched out more but I was mentally exhausted.

I also lost range in my voice due to shouting.

I did feel that was a mild retort based on what you witnessed last.night!

Morning all. Had a dream I ran for about 30 seconds then curled up on the side of the road and took a nap. Don’t think I’ll ever be a runner!

Did you have the music going with the dream?

Oof, yep, that’s a night out I bet you wish you could have back, VA. You joked the Leafs would need to score five, unfortunately the Bs let them do just that.

Even so, it could have gone either way. Was it three posts hit for the Bs, plus as you point out, the shocking officiating. Play that again tonight and youd get a different result. I’d still be confident of taking the Leafs in a seven-game series if it comes to that.

So Facebook tells me this time six years ago we were waking up to our first morning in New York. Six years! I remember we planned to take it easy that first day, what with jetlag and such. We ended up walking about 12 miles!

New Yorkers must walk a million miles a year.

Good morning…
. The Bruins were not ready to play. 82 games? There are going to be some stinkers in there, and that was one of them. A team is on a winning streak… little bad habits slip in, but the team is so hot they overcome them…. bad things add up to embarrassment…. team takes a hard look at itself, then gets back to basics. Lather, rinse, repeat.
Today we shop. Monthly big shopping in Pittsfield. There is a Habitat for Humanity ReStore with all manner of pre owned building supplies, furniture, etc. I found my stove hood there… for $60! Always fun to browse, even when I don’t need anything. Hopefully lunch at Wandering Star Brew Pub!

Not much beats the satisfaction of finding something perfect in a second-hand store! Though for me its usually clothes and books. Happy hunting!

Yesterday you mentioned a gluten free pizza. Was it good? I’ve got a friend visiting next week, who is coeliac. No bread. No beer, for gods sake! I think I would go mad!

The pizza is really good! I’ll find the brand. Skip the ones with cauliflower crust. Not good

Will have to try that.

I really hope that the Bruins take the lessons from last night as a big wake-up call. They needed to check themselves on a few things.